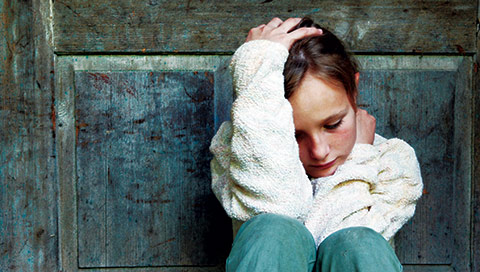 National research indicates that a third of all reports of missing people are children aged between 13 and 15 years old.

In the last six months in Wiltshire there were 927 reports of missing children. Last month alone officers dealt with 193 missing children, a significant number of whom were reported missing more than once.

Detective Inspector Mark Kent, Force lead for Missing said: “The national and local statistics are shocking. When we hear about missing children we think of this happening in big cities, but the plain truth is that it is happening locally in our largely rural county of Wiltshire.

“No matter what your lifestyle or circumstance, growing up can be a difficult. Young people are exposed to a whole host new of threats, challenges and choices, which put them at greater risk.

“We know that with missing there is often a clear link to Child Sexual Exploitation, domestic abuse, neglect, grooming, gangs or drugs. But whatever the reason they are missing, we consider children and young people vulnerable and at risk of harm. Going missing is the symptom of underlying, more complex problems.”

Over the last six months we have seen an increase in the number of young people reported missing in Wiltshire, which has risen by just under 50 per cent. This is a seasonal trend – we see numbers reported rising during the summer months and falling in the winter.

Many young people who frequently go missing are in care. Those who go missing from their home or place of care often have complex needs, resulting from challenging and traumatic family backgrounds.

DI Kent added. “Missing adults and children have a huge impact on the demand for policing in Wiltshire and the cost of it reflects on the number of individual cases that exist. Most children return safe and well soon after their reported disappearance. Many children go missing frequently and each report costs an average of £2,500 to investigate. “It would be easy for the police to become frustrated with children who frequently go missing, but it is our job to protect them from harm, and we know that children who go missing a lot are most at risk from abuse or exploitation. It is important to see the bigger picture. Behind every report is a vulnerable young person at risk and in need of our help.

“We work together with the local authority Multi Agency Safeguarding Hub (MASH) and specialist children’s social care teams; professionals who look for what is going on behind the scenes in young people’s lives.

“We remind our officers to put themselves in their shoes, ask the right questions, listen and treat every child as an individual. No two cases will ever be exactly the same and everyone should be treated fairly and with compassion.”

Wiltshire Police is signed up to Child Rescue Alert, a national system designed to alert the public to an abduction or other high risk child disappearance where the child is in imminent danger of serious harm. The initial hours after a child goes missing are crucial and a sighting by a member of the public can lead to the safe recovery of the child.

Alerts are used in extreme cases and are fortunately used rarely. They can be sent directly to individuals who register with the service, as well as through the media.

Nationally some 152,465 members of the public have already signed up, some 5,263 of these in Wiltshire. The charity has set a target of getting one million people registered to receive alerts.

Anyone can register free at https://www.childrescuealert.org.uk/register to receive alerts issued near their home or place of work by text or email.

Missing People’s advice to anyone thinking of going missing, who is already away from home, or missing a loved one, is to call or text them on 116 000 or email 116000@missingpeople.org.uk Their website www.missingpeople.org.uk has useful information and support.