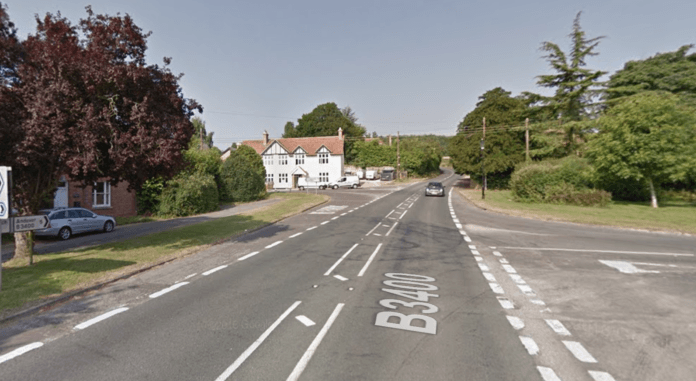 A Road Traffic Incident involving a motorcycle on the B3400 near Hurstbourne Priors has left a young man dead.

At 5.20pm last night (17th September 2019) police were called to the B3400 leading from Andover to Whitchurch, just prior to the Hurstbourne Priors crossroads, the young motorcyclist was pronounced dead at the scene.

Traffic was redirected throughout the evening with the road reopening late last night.

A police spokesperson said: “We are appealing for witnesses following the death of a motorcyclist on the B3400 in Hurstbourne Priors yesterday evening (Tuesday, September 17).

“The rider, a man in his 20s from Andover, was pronounced dead at the scene.

“Were you travelling in the vicinity around this time? Did you see a blue Suzuki motorbike? If you can help, and particularly if you have any dashcam footage, please get in touch by calling 101 and quoting Operation Trainer.”