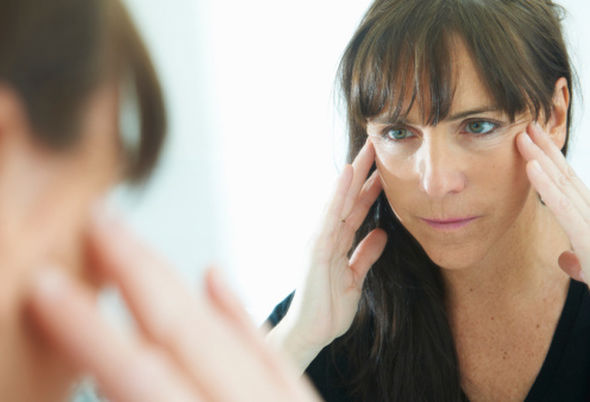 Becoming forgetful, groaning when you get out of a chair – and looking for glasses without realising you’re wearing them are among the top triggers for feeling your age, a study has found.

A poll of 2,000 adults found the average adult starts to worry about getting old at the age of 40, with losing your keys and a receding hairline among the triggers for that concern.

And eight in 10 respondents admit to walking into a room and forgetting why they’d entered, with one in five saying it happens often.

“Ageing is something that happens to us all, and it’s something that many people worry about. “And dementia is becoming much more common as we live longer lives, which is another huge concern for people.

“It’s important for people to think about their futures as they begin to get to retirement age, and have a plan in place for what comes when they are no longer able to make decisions for themselves.”

Unsurprisingly, the number-one sign you’re getting old is noticing wrinkles on your face, according to four in 10 Brits.

This was followed by the realisation that your eyesight and hearing are diminishing as the years go by.

Those aged 35-44 said they were more likely to “feel old” than those over 44, suggesting that your actual age has little bearing on how old you feel.

Three quarters of the population say they worry about getting old, with seven in 10 specifically anxious about suffering from dementia.

But a staggering 95 per cent of respondents haven’t put any plans in place to deal with a dementia diagnosis.

Eight in 10 Brits admit they have no idea what causes dementia, with a further 40 per cent being unaware of any dementia symptoms.

Yet more than 225,000 people are diagnosed with dementia each year with the number of sufferers expected to top 1m by 2025.

Stewart Stretton-Hill said: “The research shows that despite many people being concerned about ageing and developing dementia, the vast majority haven’t done anything to prepare for their later life in the event they should suffer an illness or accident that affects their capacity.

“Very few people have a lasting power of attorney (LPA) in place but failing to do so can cause a legal headache over who should be making decisions in future because no one has an automatic right to make decisions for someone else.

“Family and friends may dispute who is best placed to make the big decisions about finances and potentially healthcare and the court of protection would need to be involved.

“An LPA gives an individual the right to manage the most personal aspects someone’s life. It is the most important of their life so it is essential to get it right.”

The survey was conducted to coincide with this year’s Dementia Awareness Week between 15 – 20 May, which is being held to encourage people who are worried about dementia to confront their worries by addressing dementia directly and talk to each other as well as seeking support from the Alzheimer’s Society.

THE TOP 20 SIGNS YOU’RE GETTING OLD

Noticing wrinkles in your face

Making a groaning noise when sitting down or standing up

Walking into a room and then forgetting why

Finding it difficult to get down to play with young children

Using the phrase “When I was younger…”

Having to stop playing a sport because you are too slow

Forgetting where you parked your car

Looking for your glasses without realising you were wearing them

Being too tired to have sex

Starting driving places you may have previously walked or cycled

Wearing socks and sandals at the same time

Developing a taste for sherry

Doing the ‘coin from behind a child’s ear’ trick