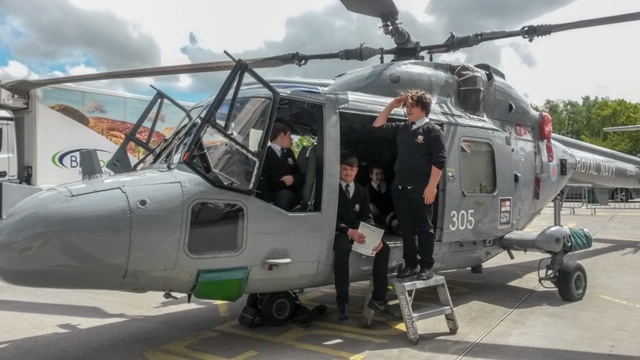 The interactive exhibits from a huge variety of state-of-the-art companies, including BOC, ESSO and even the Royal Navy.

The pupils jumped of building with VR Googles, watched balloons dipped into liquid nitrogen and saw first hand how woolly mammoths have nearly been brought back from extinction with a tiny but very expensive DNA sequencing machine, Jurrasic park comes to mind.

Pupils also took part in the controls of robots, zapped friends and enemies.

Winton Community Academy has said they were very proud of their pupils showing enthusiasm and asking some very good questions to the exhibitors.