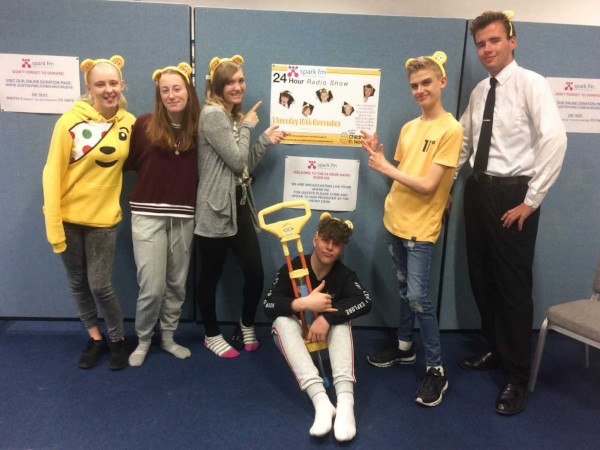 Winton Community Academy did their bit for Children In Need last week. This is the second-year running where students and staff have made a fun packed four days to raise money for the charity,

The event started on Tuesday were staff & students could wear any tie. Wednesday was wear a hat day, Thursday, wear your favourite pair of trainers and Friday was a non-uniform day wearing something spotty.

Error, group does not exist! Check your syntax! (ID: 6)

“We were so grateful for all the support, especially the listener numbers throughout the night who were very encouraging as we tried to keep our eyes open”