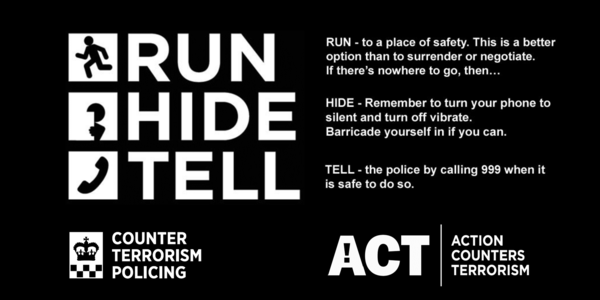 Today (23 January, 2019) Counter Terrorism Policing are once again showing the public the importance of communities sticking together and fighting the fight against terrorism by launching a public information campaign. This campaign will be shown across Cinemas and social accounts.

More than 22% of all the reports are from the public and producing intelligence Counter Terrorism reports.

D/Supt Saunders said: “Thankfully, we did not see the horrors of 2017 repeated last year, but we should not be complacent enough to think the terrorist threat has diminished – the UK threat level remains at SEVERE meaning an attack is highly likely.

“Counter-Terrorism Policing officers are currently running more than 700 live investigations nationwide, while crucial intelligence from the public has helped police and the security services prevent 18 terror attacks in just under two years.

“We have been emphasising for some time that communities defeat terrorism, and the fact that more and more reports from the public provide information that is useful to our officers demonstrates this.

“Despite this increasing support, I know some people are still reluctant to speak to us. To them I say, reporting your concerns to us won’t ruin lives, but it might save them.”