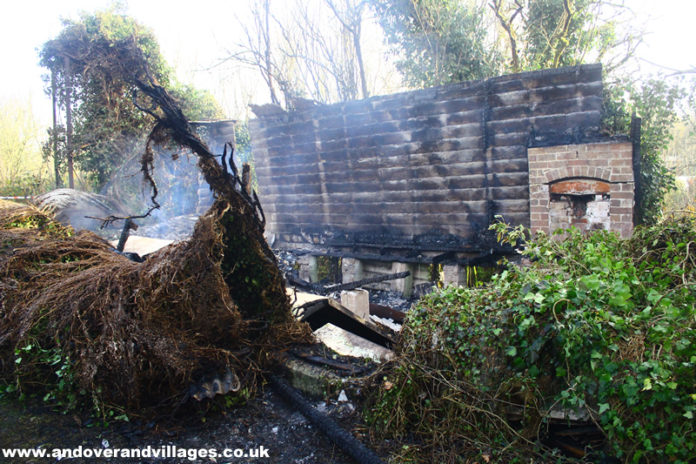 A fire in a disused building in Whitchurch burned through the night and into the early hours of this morning (17th November 2019).

The fire started at around 10.45pm and took place in an old house that has been more recently used to store hay and straw for the horses in the adjacent field. The building was located next to the allotments and near to the Ardglen Industrial Estate.

An appliance and crew from Whitchurch Fire Station attended the fire along with a fire fighting landrover from Andover fire station. The fire service landrover filled with water and drove up to the fire.

The Whitchurch appliance became stuck in the soft mud in the field for over seven hours, resulting in a recovery truck being called to rescue them. Firefighters worked through the night fighting the fire and attempting to dig their vehicle out of the mud.

The firefighters eventually got on their way just after 7am.

Whitchurch Firefighters are trying to locate the owners of the building and the field next to it, posting the following message on their facebook page:

Morning Whitchurch,
Does anyone know who owns the old stable building and/or the horses at the top of the allotments up Bloswood Drive ? An area known as the plantation I think
Please let us know if so