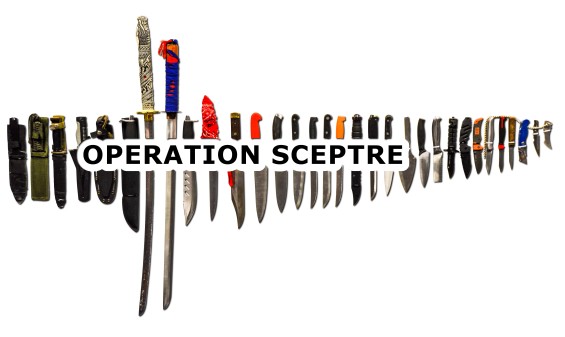 Police in Andover recovered weapons as part of a national week of action targeting knife crime.

The work was done as part of Operation Sceptre, a campaign to take knives off the streets and educate people about the dangers associated with such weapons.

Officers in Andover supported the campaign by targeting hot spots in the town, conducting a knife-sweep at the Roman Way playing field and carrying out stop and searches.

During their search of the Roman Way playing field, which took place on Saturday 22 September, officers seized objects including several metal poles that were found in the undergrowth. No knives were found.

They searched the car and found a small amount of suspected Class A drugs and a kitchen knife.

A 41-year-old man from Andover is due to attend a police station on a voluntary basis in connection with this incident.

Sergeant Catherine MacDonald, of Andover’s Neighbourhood Policing Team, said: “While knife crime is often associated with bigger towns and cities, Andover is not immune to it, and often incidents are suspected to be drug-related.

“We take knife crime seriously, and we will continue to do all we can to make take knives off the streets.

“This includes working with our partners to educate people on the dangers of carrying a knife.

“You risk everything when you carry a knife. Prison, being a victim of crime and even ending up in hospital are all real risks.”

If you have any information about drug-related activity or knife crime where you live, then call 101, or 999 in an emergency.

You can also call Crimestoppers on 0800 555 111, where information can be left anonymously.