Locals correctly identified the clothing that the man was wearing as being branded to Vitacress, who are located locally in St Mary Bourne.

News travelled quickly to Vitacress management who launched an investigation and found that whilst the man was wearing Vitacress uniform and did work at the St Mary Bourne farm, he was not directly employed by them but by a subcontractor. On 20th September 2019, the man was no longer working on the Vitacress site.

“The person involved was not a Vitacress employee but was employed by a third party supplier, who provide a service to Vitacress’ St Mary Bourne site.

“As soon as Vitacress were made aware of the incident, we informed his employer and all appropriate actions were swiftly taken.  We can confirm that he is no longer working on the Vitacress site.”

A spokesperson from Hampshire Police said, “We have received a report of a male committing a sex act in Walworth Road, Picket Piece.

“This is alleged to have taken place at around 7.10am on Thursday 19 September.
Anyone with information about the incident should contact police on 101, quoting 44190334241.” 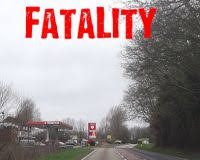