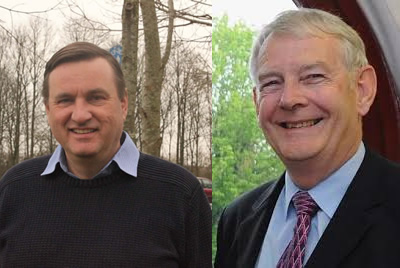 Tony Hooke has blasted Andover’s UKIP branch after accusing them of breaking into a shop that was destined to be the Andover ‘UKIP Shop’, prior to Hooke resigning from the party and declaring himself independent.

Hooke told Andover & Villages, “I am afraid that I didn’t know exactly how bad some of the characters were that exist in the Andover branch of UKIP.

“There were two sets of keys to the shop, one that I retain and one that was given to UKIP committee members. The shop was entered using the key and then the interior was vandalised causing around £2750 of damage. Paint was thrown around the room, items were smashed from being thrown at the walls and the furniture damaged.

“I sat and looked at the sheer violence that had caused the damage, and can only imagine it was borne out of frustration at me leaving the party and taking away any chance UKIP had of winning in the local elections.”

Andover & Villages spoke to UKIP Parliamentary Candidate, Sue Perkins, for comment on the allegations, but without wishing to hear them, she said, “UKIP NW Hants and myself are focused on the general election campaign and on issues affecting NW Hants residents and the UK generally.

The incident has been reported to the police and is being investigated.

For more Politics and Latest Andover news visit our homepage