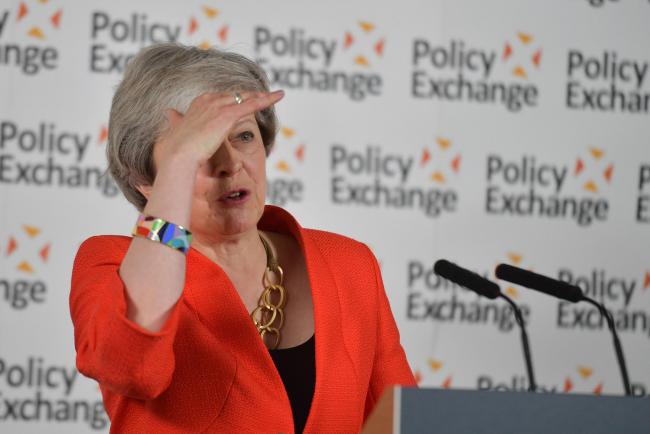 Prime Minister Theresa May said there was a “moral duty to leave this world in a better condition than what we inherited”.

Britain is the first major nation to propose this target – and it has been widely praised by green groups.

But some say the phase-out is too late to protect the climate, and others fear that the task is impossible.

The same is true if people get hydrogen central heating instead of gas, or if they are obliged to drive electric cars rather than petrol vehicles.

But there will need to be a massive investment in clean energy generation – and that has to be funded by someone.

The government hasn’t yet spelled out if the cost will fall on bill-payers, or tax-payers, or the fossil fuel firms that have caused climate change.

And then there’s the international dimension. Prof Dieter Helm, from the Blavatnik School of Government at Oxford University, said: “From the UK’s end, doing this unilaterally, we have to be very careful that we don’t simply say: ‘we’re going to reduce the emissions from our cars and our power stations here in Britain, but we’re going to carry on importing those emissions from overseas.’

“We don’t make very much in this country. Manufacturing is only 20% of the economy. Most of the stuff that you go and buy in the supermarket… it’s all imported.”

What will this cost?

Chancellor Philip Hammond has warned of a potential cost of £1 trillion by 2050.

The cash will have to come from somewhere, he said – maybe from schools, hospitals and the police.

However, Chris Skidmore, the acting energy minister, said the costs would amount to between 1 and 2% of the UK’s GDP – which was the same amount factored in to reach the previous 80% reduction target. Therefore it would not be the case that there would be less money to spend elsewhere, he said.

He added that the green economy would generate jobs and the cost of green technologies was coming down all the time.

The climate change contrarian Bjorn Lomborg, author of Skeptical Environmentalist, said: “Mr Hammond is right to highlight the cost – and in fact, he is likely to be underestimating the real price tag.”

Campaigners said Mr Hammond’s sums did not take into account the benefits of cleaner air and a more stable climate.

Will the proposal stick?

Following the Committee on Climate Change’s recommendations last month, scientists, campaigners and health professionals have been urging Mrs May to bring in a net zero target before she stands down.

The government will lay a “statutory instrument” in the Commons on Wednesday – a tactic that allows it to be fast-tracked through both houses of Parliament if other parties agree – which on this issue they generally do.

Like any government decision it could be overturned by future governments.

But the majority of Tory leadership candidates are backing it – and revoking the Act would need a majority Commons vote at a time when the public appear very concerned about the climate.

Mrs May has taken the unusual step of announcing that a group of young people will advise the government on priorities for environmental action. They will start their review in July.

This is seen as a nod towards young voters, many of whom have recently taken to the streets protesting that their environment was being destroyed.

What other problems stand in the way?

The magnitude of the task is clear. The UK is already slipping away from its mid-term carbon targets of cutting emissions by 80% by 2050.

“But UK policy is still way off the mark and the foundations are not in place to be able to meet this target.

“Even with all the evidence before us we are still opening new coal mines, extending Heathrow airport and pushing forward with fracking.

“We have unambitious building regulations, and our drive to phase out petrol and diesel cars by 2040 is too late.”

Dr Shaun Fitzgerald, director of the Royal Institution, warned that the public might not support carbon-cutting measures such as turning down thermostats in the home.

And he questioned the ability of the government to insulate enough houses in time. “The prize for improving the efficiency of buildings is significant,” he said.

“However, there is a practical challenge in terms of the number of sufficient skilled workers to undertake the work, and then of course the barrier of getting homeowners to get the work done.”

There will be major difficulties, too, in supplying low-carbon heating to homes and industries as natural gas is phased out.

Doug Parr, Greenpeace UK’s chief scientist, said it was a “big moment” for the climate but there were questions around plans to allow for international carbon credits which allow the UK to pay to offset its emissions elsewhere in the world.

Such off-setting had a history of failure, was not cost-efficient and shifting the burden to developing nations undermined the commitment, he told the Guardian.

Chris Skidmore, the acting energy minister, said the government did not “intend” to use international carbon credits but had kept it “as an option”. “We need to be able to decarbonise in the best possible way so we don’t want to rule it out,” he said.

Mrs May’s announcement indicates that she has taken notice of potential industrial pitfalls.

To assuage Treasury fears about competitiveness, she has stipulated that the net zero policy should be reviewed in five years to see whether other nations were taking similar actions.

That might prove problematic if US President Donald Trump – who denigrates climate change – is still in the White House.

Meanwhile, the radical green group Extinction Rebellion is warning that the climate is changing so fast that 2050 is far too late to eliminate emissions in order to ensure that temperature rise stays well under 2C.