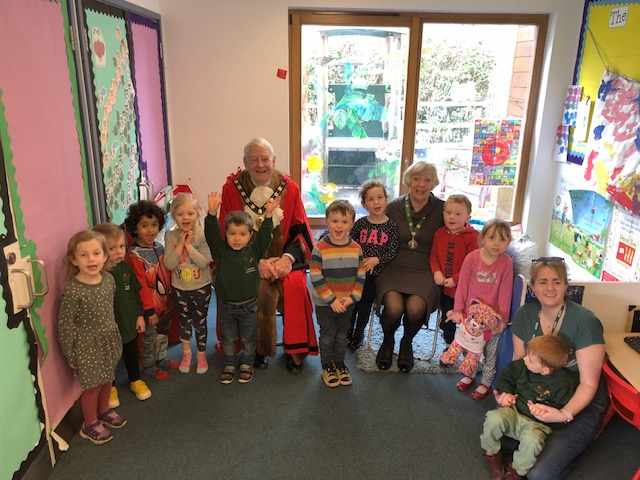 The children were very excited to see The Mayor wearing his red robes and chain of office.

The Mayor and his Mayoress, Beryl Carr sat with the children and talked about all sorts of interesting and exciting things!

The Mayor and Mayoress showed the children their chains of office, they talked about the animals and fish on them and why they were there.

The children asked lots of questions, including asking the Mayor if he could defeat the Big Bad Wolf with a karate chop!

At the end of the visit, some of the children were lucky enough to wear the Mayor’s robes and hat.

Longparish Little School is situated in the lovely village of Longparish. Spaces are available from September 2019.

Email claire@longparishlittleschool.org.uk or phone 01264 720455 for details