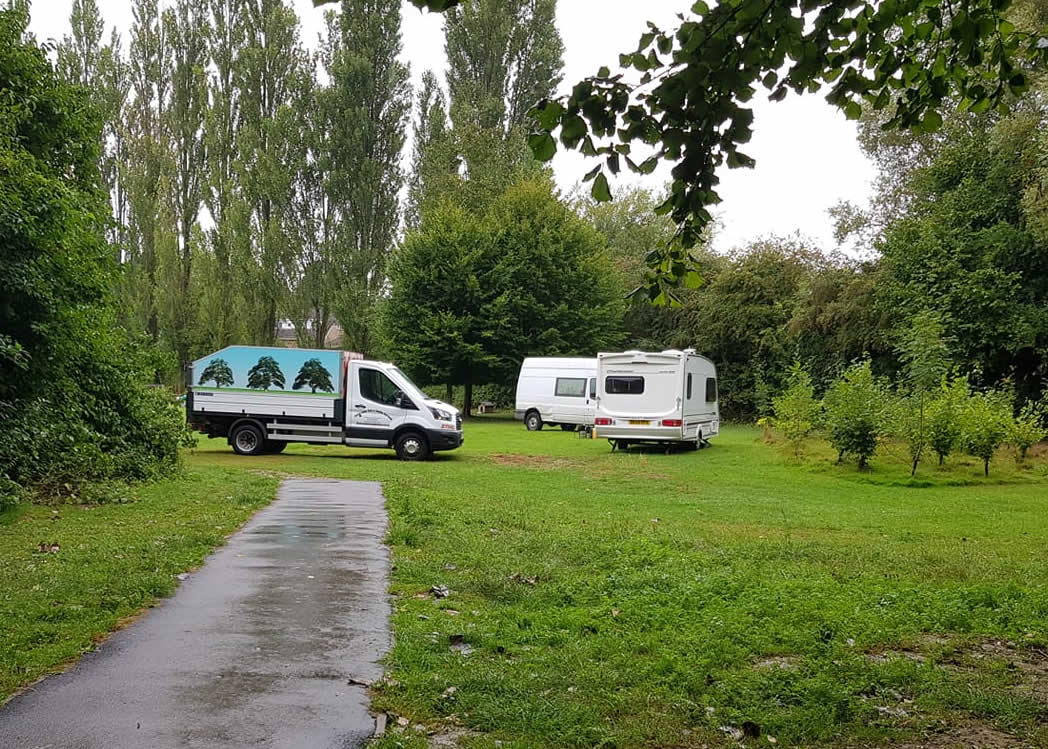 Travellers that have been plaguing Andover with their rubbish and illegal tree surgery business have set up camp on ground at Charlton Lakes.

The public became aware of their presence as Junior Park Run was set to start, the uninvited guests were parked on the route and so organisers had to revise the usual route.

On Sunday 12 August, Test Valley Borough Council received reports of travellers on site at Charlton Lakes. The council recently moved the same travellers on from the Old Down Road open space.

The authority is now seeking to force their removal from Charlton Lakes.

Corporate portfolio holder, councillor Maureen Flood, said: “Test Valley Borough Council is working as quickly as possible to remove the travellers at Charlton Lakes. The council is liaising with the police and bailiffs and is taking the appropriate enforcement action. We wish to reassure residents that we are doing all we can to move the travellers on swiftly.”

One of the vehicles used by the travellers is a sign written works van for the purpose of tree surgery and garden waste collection, it is understood that the travellers cold call door to door for business.

An online check has indicated that whilst this vehicle is taxed and not due for an MOT, it is not insured.

Whilst the travellers were on Churchill Way, the cuttings and garden clearance waste from jobs taken in the Andover area, was dumped next to their camp, leaving Test Valley Borough Council with the bill to clear it all away when the travellers moved on.

Residents are responsible for ensuring anyone removing waste from their property is authorised to do so.