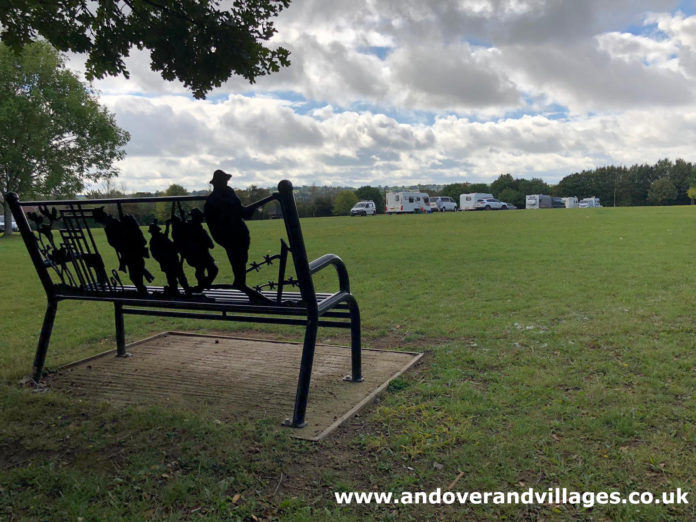 Police and TVBC officers turned up this morning (12th September 2019) to evict the travellers that were camped out on the play area next to the shop.

However, the travellers had already started to move to the field opposite the shop and only two caravans remained, they then left and joined the others across the road.

The area next to the park and basketball courts were strewn with litter, some placed next to the bins, but mainly just left across the week-old campsite.

A strong police presence has remained on the estate throughout the day.

A resident that was walking their dogs this morning told Andover and Villages, “They have damaged the basketball court and there is excrement everywhere.

“Throughout the time they were camped this side of the road, there has been noise from the generators all day and through the night and I caught one of them trying to climb over my fence into my garden.”

Test Valley Borough Council said today, “We are aware of an unauthorised encampment in the Saxon Fields area, where travellers have gained entry without permission. We are doing everything in our power to move them on.”