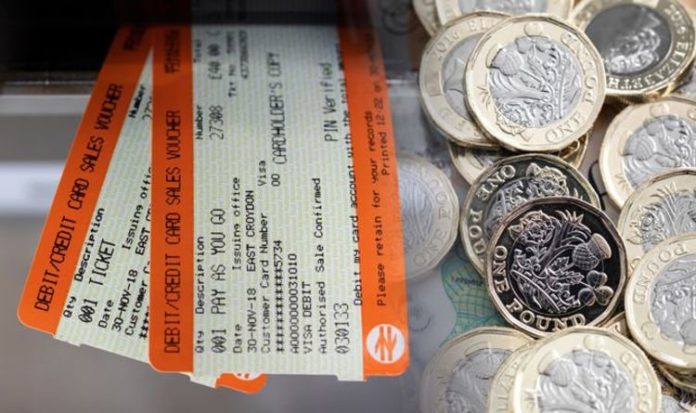 Train fares are set to rise again on the 2nd January 2020 by around 2.8 per cent, according to the Retail Price Index for July announced today.

This new fare rise announcement comes shortly after a 3.1% increase in January. Over the last 10 years, the cumulative fare increase has been 37%. Despite spending over £6bn each year, commuters are yet again at the mercy of train companies.

The fare rise will affect commuters all over the country, particularly the 39% of professionals nationwide who have failed to go to work due to expensive rail fares.

All regulated fares will increase, including all weekly, monthly and annual season tickets purchased by commuters in the UK. London commuters who hit the weekly cap on contactless or purchase season tickets will also see the same fare rise as the rest of the country. It is unclear if Transport for London will continue to freeze fares for single journeys, however, the scope for any fare freeze is limited and unlikely to benefit commuters.

For example, an annual season ticket from Manchester to London sets you back a staggering £15,437, up nearly £500 from an already eye-watering £14,958 in 2018. Moreover, the prohibitive upfront cost of many annual season tickets means that most commuters rely on monthly and weekly season tickets, contactless or pay-as-you-go.

As a result, they miss out on the up-to 30% savings an annual ticket offers over a year of use. With fare rises and the best value ticket out of reach, it’s little wonder many commuters will now, unfortunately, spend more than 10% of their income on travelling to work. By disrupting the current transport industry, Commuter Club, a London UK fin-tech start-up wants to bring a stop to commuters’ losing battle with expensive, increasing rail fares and unreliable journeys.

Irina Iovita, CEO of Commuter Club said, “The cost of commuting in the UK is one of the highest in the world. Commuters told us commuting is in their top 3 expenses and with real wages being stagnant at best, commuting is becoming less affordable every year. It’s time for the industry to deliver fair fares to its most loyal but frequently forgotten customers, the commuters.”

“The rail industry must consider alternatives to increasing prices by 3% every year. Transport for London has shown it is possible to freeze some fares, but sadly the freeze of pay as you go journeys will do little to help commuters who frequently hit the weekly cap as they are regulated fares.

As we’ve seen in many industries, innovation and technology are the key to lowering costs and passing these benefits to the end consumer.”

Irina continues: “We want to fight for the commuters’ cause, starting with purchasing a yearly ticket for them and enabling them to pay in monthly or weekly instalments. This allows the everyday commuter to lock in fair prices for 12 months and prevent them from paying thousands of pounds upfront.

“We believe everyone has the right to a better and cheaper commute and we’re proud to have helped over 20000 commuters save more than £10m on our platform.”