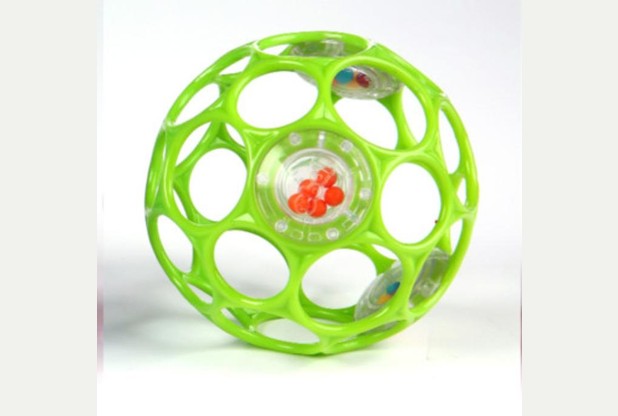 Toys R Us have issued a product recall on a rattle ball.

The major toy retailer has pulled the Oball rattle ball from their shelves over fears that children could choke to death on the orange balls contained inside it.

The move came after reports of children gagging on the beads which had managed to come loose from a plastic disc in the toy.

It is believed that more than 81000 Oballs made by Kids II have been sold in the UK.

Toys R Us published the recall online and said: “Consumers should immediately take the recalled Oball Rattle away from small children.”

The date code is located on a small triangle on the inner surface of the product.

All customers affected will be given a refund.