Andover and VillagesAndover news, information and lifestyle
Home Local News in Andover Time is Running Out for Old Pound 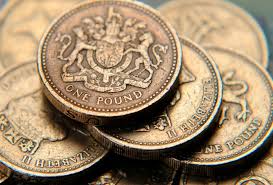 Time is running out to spend any old round £1 coins.

From October 15th you will no longer be able to used them in shops, vending machines or car parks as they lose their legal tender status.

Cashiers and shopkeepers are no longer allowed to include the old coins in change, any they receive must be banked in exchange for the new version.

The new coin was launched as part of the Royal Mint’s efforts to cut back on counterfeits. In January, as many as 50 million fake round pound coins were thought to be in circulation.

Baroness Neville Rolfe, commercial secretary to the Treasury added: “Our message is clear – if you have a round one pound coin sitting at home or in your wallet, you need to spend it or return it to your bank before 15 October.”

After October 15, businesses can refuse to accept the old £1 coin, however most High Street banks, building societies and post offices will still trade them, providing you have an account with them.