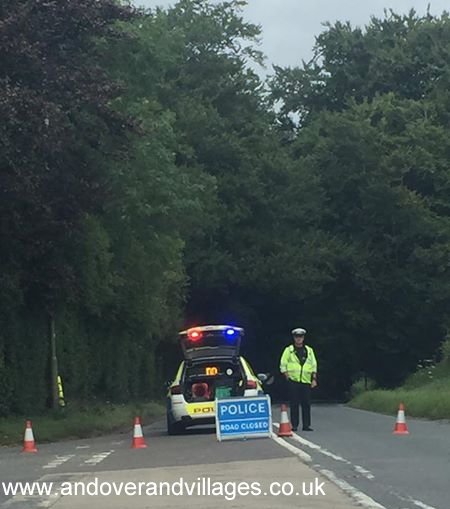 The A343 from Andover to Salisbury is closed this afternoon owing to a collision involving three cars.

The road is closed from Duck Street in Abbotts Ann to the B3084 (the Grateley turning) in Middle Wallop.

Police have confirmed that three vehicles were involved, including a Peugeot 207, a BMW and a Ford Transit Van.

Traffic is being diverted down the B3084 through Monxton, which is experiencing issues from heavy traffic owing to the tight roads in Monxton High Street.

A spokesperson from Hampshire Police said, “We’re appealing for information following a road traffic collision on the A343 at Abbotts Ann, between Andover and Middle Wallop.

“Three cars were involved in the collision shortly after 2pm this afternoon (Monday, 4 September).

“Two people have been seriously injured and have been taken to hospital.

“The road is currently closed and we expect it to remain closed until around 7pm this evening.

“If you witnessed this collision and have not yet spoken to us, please call us on 101 quoting Operation Master.”

Drivers are advised to seek an alternative route.