Andover and VillagesAndover news, information and lifestyle
Home Lifestyle Good Food Guide These are the top 40 foods and drinks Brits struggle to pronounce 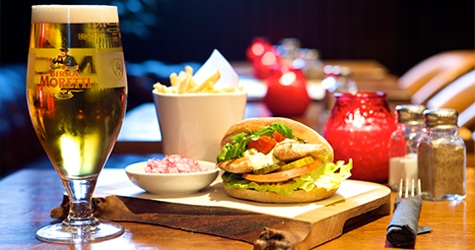 Quinoa, tzatziki and pain au chocolat are among the foods we regularly eat – but are unable to pronounce, a study has found.

A poll of 2,000 adults found a huge percentage struggle to correctly say the foods we tuck into every day with camembert, chorizo and fajitas also causing confusion.

Other commonly mispronounced foods include quesadillas, foie gras and Niçoise.

It also emerged Russia, Mexico and France were deemed to have the hardest-to-pronounce foods, along with Poland, Italy and Spain.

A spokesman for French bakery brand Brioche Pasquier, which commissioned the research, said: “Not being 100 per cent sure how to pronounce a word can put people in a tricky situation.

“It’s especially difficult if you’re in a restaurant or somewhere that you can’t get away with saying it wrong.

“Our results found people are twice as likely to have a go at pronouncing an unfamiliar food word as admit they don’t know how to pronounce it.

“This can lead to further embarrassment as people get more exciting and unusual words wrong, so it’s probably best to just try and laugh it off.”

Researchers found nearly a third of the population struggle to say ‘brioche’ correctly.

Nearly a tenth of Brits would incorrectly refer to it as ‘bree-ock,’ while a further one in five would pronounce ‘foie gras’ as ‘foy grah’.

One in 10 Brits has pronounced the word ‘chipotle’ wrong, and a whopping quarter have come unstuck trying to say ‘quinoa’.

Jalapeno, macaron and soufflé also feature on the list.

The study also found almost six in 10 adults have had a go at pronouncing a food word, only to end up being corrected.

A third of the population has struggled to complete a food order because they couldn’t get their head around how to vocalise their choice.

And one in five unfortunate Brits have even been served something totally different to what they wanted, due to their butchering of its name.

And 45 per cent have corrected someone who’d made a meal of pronouncing a food word incorrectly.

To help with pronunciation, French language expert at Brioche Pasquier added: “To learn how to pronounce French food words, I have three tips.

“Practice how to place your mouth, tongue, lips correctly to form French sounds, and lastly, learn everything with audio first as a lot of French words are actually easier to pronounce than read.

“French and English share a lot of words, but their pronunciation differs, so English speakers should be prepared to make an extra effort to pronounce these words the right way in French.

“For example, many English speakers have a hard time with “chocolat” which they pronounce “tchocolayt” when in French it’s “sho-co-la”.

THE TOP 40 FOODS AND DRINKS WE STRUGGLE TO PRONOUNCE