Andover and VillagesAndover news, information and lifestyle
Home Local News The War of the Worlds – The Pantaloons 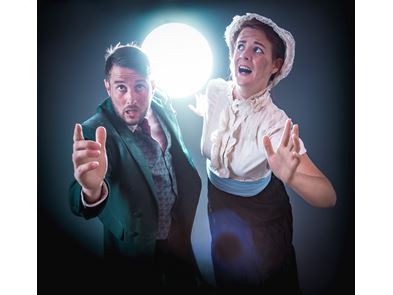 And fewer would have believed in the first years of the twenty-first century that H. G. Wells’ science fiction classic would be performed live by just four actors with intelligences lesser than average…

The critically-acclaimed Pantaloons invade the stage in this funny yet faithful new adaptation as they use musical instruments, puppetry and, um, enthusiasm to recreate deadly heat-rays, giant fighting-machines, squidgy tentacled Martians and interplanetary warfare on an epic scale.

The chances of success? A million to one…