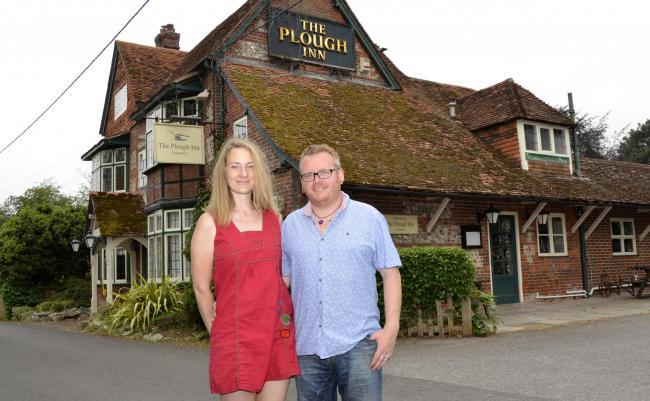 The Plough in Longparish has permanently closed this weekend for the second time in a year.

The picturesque pub in Longparish was taken over by The Lunar Hare landlord, Allen Watts as a second project in early August 2016.

Allen Watts wrote on the Plough’s Facebook page, “The axe has been dangling and sadly today it fell. We will shortly no longer be running The Plough. You have been a joy to meet and a privilege to serve. We have a last lot of stock to go and one last Sunday Roast in us, so over the next few days please take advantage of us being here. Come and eat and drink and be merry and wish us well on our way. I am sorry.”

The village pub and restaurant was previously run by chef, James Durrant who is most famous for being ‘The Great British Menu’ dinner winner in 2014.

He told The Caterer, “Unfortunately, I don’t see a future here (The Plough) as it’s not going to financially look after me and the family. We need something a bit more secure.

“I really wanted the Plough Inn to be successful and we have worked so hard to gradually build up its reputation over the years. It has been fantastic and I have enjoyed every minute. But if I can’t fill the restaurant seven days a week, even with the exposure I’ve been fortunate enough to have, then I’m not sure what else to do.”

He added: “In hindsight, it might have been a romantic idea; I think it comes down to location and I just can’t seem to make it work. Lunch trade has always been great and weekends are packed, but we struggle to fill the place during weekday evenings. We thought we would have regular trade with the pub but it doesn’t appear to be the culture here.”

Durrant said he had plans to take a new job in London next year, although was currently unable to reveal specific details.

He added: “It was such a hard decision to break the news to my team as they have all been amazing and worked really well together. They are all very talented and I will help them as much as I can.”

Durrant took over the Plough Inn at Longparish in March 2012.