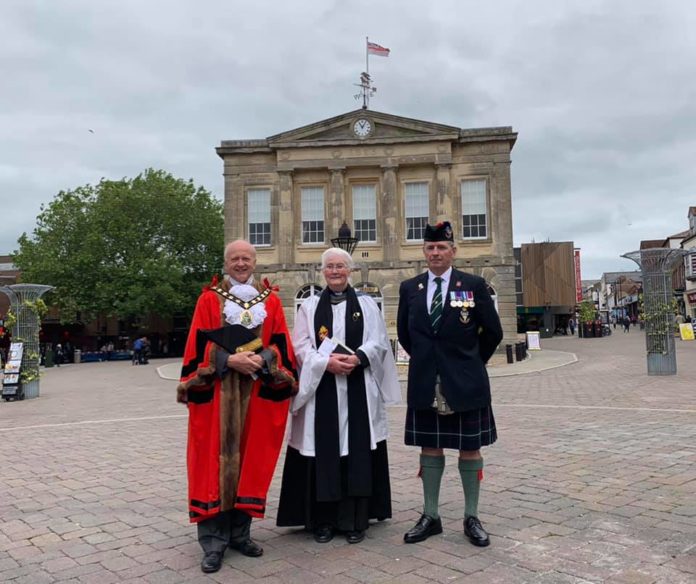 Test Valley’s Mayor alongside Cllr Phil North (Leader of TVBC) raised the flag on the Guildhall in awareness of our veterans and serving personnel.

It comes in preparation for the Armed Forces Day in late June.

More than 300 events are taking place to support the veterans are serving personnel in awareness and charitable donations to the charities.

Leader of Test Valley Borough Council, Cllr Phil North said; “Our serving personnel are the bravest and the best and in the week of Armed Forces Day – just like at any other time – it is important to recognise the sacrifices they make to keep us all safe.”