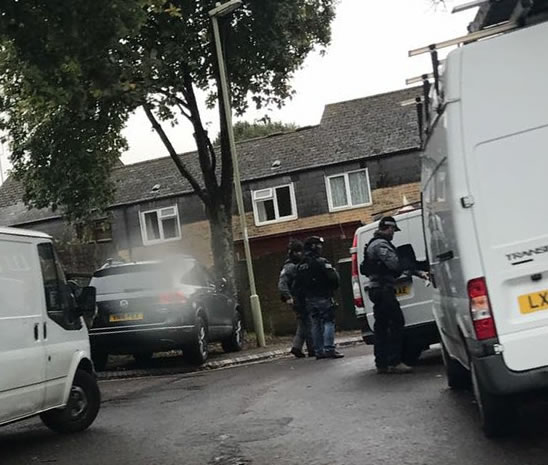 Tidworth and Bulford were sent into lock down last night (Thursday 21st July 2016), after three men were spotted in a Mercedes wearing body armour.

According to social media posts by the wife of a serving soldier, army personnel and their families were advised to remain inside the camp or to remain indoors if not living ‘behind the wire’.

Armed police and helicopters were deployed to search for the men, whilst security across the camps was increased. Nothing was found and the search ended at around 9pm.

The increased presence is said to be continuing, whilst the lock down has been lifted, personnel have been advised to only make essential trips.

Cllr Chris Franklin, Mayor of Tidworth said, “I have just come off the phone from the Duty Officer: 3 people seen with what was believed to possible be a rifle on the ridge in Bulford. [sic]

“Air support & Armed police sent to area. No sighting since. Goes without saying that a harder presence on camp gates and in and around the area will be active. Nothing further to report at this time.”

Keep checking back for updates.