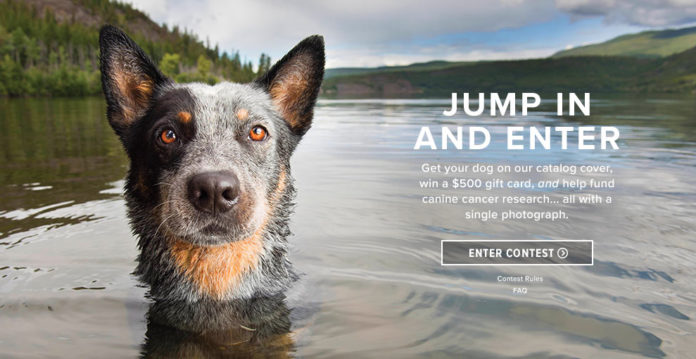 Whether it’s a bird, a bug or a big beautiful mammal, it’s a fun way to spend time during the holidays and photos of any kinds of animals are welcome. And whatever the age – under 12, 12-15 or 16-18 – there’s a category for everyone.

One of the two new categories in this year’s Awards – ‘Picture Perfect Pets’ – offers young photographers the opportunity to take the best photo possible of their pet. Whether pets are captured in motion, in portrait, in black and white, in an arty shot, or doing something that captures their character, the RSPCA wants to see these inspiring photos.

A second new category exploring the Human Impact on Animals has also been introduced into the competition. For this category, youngsters are being challenged to take photos showing how man-made materials and processes such as litter, plastics, deforestation, pesticides and pollution are affecting animals and how they are adapting.

Naturalist, presenter and judge Chris Packham and his fellow competition judges will be looking for powerful, imaginative and original photos of animals.

Chris said: “This year I am very excited to see two new categories, a move that should open up the competition to an even wider range of abilities and interests. “I’m really delighted that there’s a new category for young people’s photographs of their pets, something which is particularly close to my heart. And I expect the other new category which shows human impact on animals to produce some very poignant, powerful images.”

Every two hours, the RSPCA answers a call about an animal that has been harmed by rubbish, new figures have shown. The animal charity answered 5,081 calls about animals affected by litter in 2017. Previous competition runner-up Owen Hearn managed to capture the human impact on animals brilliantly in 2014, with his prize-winning image of gannets nesting among bits of rope from nets and fishing debris washed up from the sea.

Chris Packham said: “I have been judging the RSPCA Young Photographer Awards for many years and I am always amazed by the high standard of entries.

““This is a such a brilliant competition as it really makes us stop, look at and think about the animals around us. Some of the photos we have seen in past years have captured really magical moments and I’m looking forward to seeing this year’s entries.

“It is great to see so many young people picking up their cameras and having a go. We hope many more will take part this year too.”

Last year, the top prize was taken by seventeen-year-old Gideon Knight from Ilford, whose winning photo of a little egret feeding in a London park was singled-out from thousands of entries. Titled ‘A stab in the dark’, the picture beat off fierce competition from more than 3,500 photographs to win the top prize in 2017.

The overall prize is a weekend photography break courtesy of Natures Images – ‘Deer and Birds of Prey – UK – 2019’ (worth £890), and up to £800 of camera vouchers from Wex Photographic for the category winners. Winners, who will also receive a trophy and certificate.

The closing date is 4pm on Friday 17 August. Hopeful entrants can submit their images online at www.rspca.org.uk/ypa/17 For 2018 there are seven categories, of which entrants can enter three images with a maximum of 35 photos that can be submitted in total: