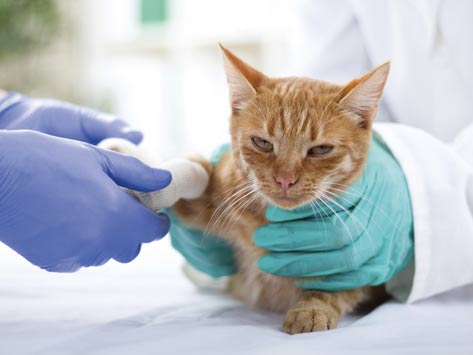 Over half (54%) of UK’s pet owners have not taken out an insurance policy for their animal. Despite the high levels of underinsurance, research from comparethemarket reveals that a large minority (44%) of owners would struggle to afford vet bills out of their own savings. The number is even higher for cats, where 62% are not covered compared to 47% for dogs. This equates to around 4 million uninsured dogs and 6 million uninsured cats living in the UK.

In spite of the widespread reluctance to insure their furry friends, eight in ten pet owners still have concerns about the safety of their pet. According to the research, the top three anxieties amongst pet owners are that their animal will be hurt in a road accident (43%), will be injured in a fight with another animal (41%), or will be stolen (30%). Of those who do have insurance, the average premium per month is £19 or around £230 a year, although this varies by region. Londoners pay the highest average monthly premiums (£25) but are least likely to ensure their animals.

By contrast, Yorkshire pet owners are most likely to have taken out a policy, and the Welsh pay the least per month (£14.21). Pet owners have different levels of concern depending on where they live. In urban areas, anxiety rises to 82%, compared to 76% in the countryside.

The majority of policyholders said they took out insurance in order to reduce the cost of vet fees (64%), over a third (35%) said they had a policy because they were worried their pet would fall ill, and a quarter (25%) feared their pet would be hurt in an accident.

Of the pet owners surveyed, nearly a third (32%) admitted that their cat or dog had been taken ill or injured and had to see a vet. Cuts and scratches were the most common reason for vet trips (23%), followed by injuries sustained as a result of a fight with another animal (23%), skin or paw problems (15%) and ear or eye conditions (13%).

7% of pets had tail problems and 8% were admitted to the vet because they had eaten something they shouldn’t have.

Gabriel Ingram - Thursday, October 25, 2018
Three striking reminders of the sacrifices made during World War One are now in place across Test Valley. In Andover, Romsey and Stockbridge, ‘Tommy’ silhouettes...