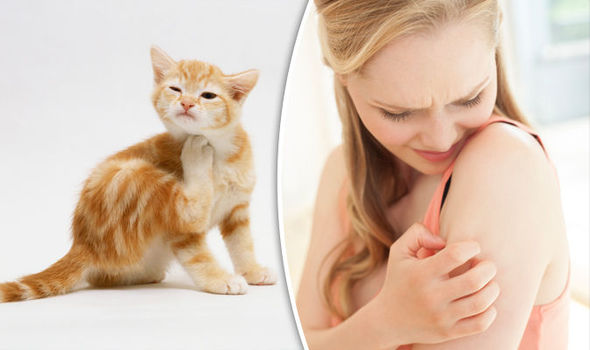 A study has revealed the devastating impact fleas have on Brits, with a staggering 100 per cent of pet owners admitting their furry friends have had fleas at least once.

The survey by MSD questioned 2,000 British pet owners about the ways in which flea infestations have impacted them and their animals.

Shockingly, the results showed all 2,000 participants have been affected by flea outbreaks at least once, while 82 per cent admitted they struggle to keep their pets’ fleas under control.

Almost three quarters (73%) said they underestimated just how much of a problem fleas can be before they decided to get a pet, while 13 per cent said fleas would put them off getting another pet in future.

Almost a third (30%) of those surveyed said they themselves had been bitten by fleas, while 5 per cent said they had been left permanently scarred by bites.

More than three quarters (76%) admitted their homes have become infested by fleas, with the eggs spreading to sofas, bedding and carpets while 23 per cent said their carpets have had to be replaced or cleaned due to flea problems.

Stress proved to be a major factor for Brits dealing with their pets’ fleas. More than half (58%) said they felt stressed during flea outbreaks, while 17 per cent said they felt self-conscious.

But despite the havoc that fleas wreak on British pet owners, 57 per cent admitted they knew nothing about the life cycle of a flea before their pet caught them, which is a large reason why fleas can continue to bloom uncontrollably. While 79 per cent admitted they did not know fleas carried diseases such as Bartonella which can affect humans.

Animal pharmaceuticals company MSD will be publishing the findings as part of its Big Flea Project. The initiative aims to raise awareness of the threat of fleas to both pets and humans and educate pet owners on how to treat fleas properly.

TV presenter Chris Packham, best known for presenting Springwatch, is an ambassador for the campaign. He says that although fleas are a burden to pet owners and their furry friends, there are steps that can be taken to avoid infestations.

Chris said: “We are a nation of animal lovers and the health of our pets is of utmost importance to us. Flea infestations can be an uncomfortable and distressing experience for both pets and humans, so we are campaigning to raise greater awareness of how such infestations can be avoided. Over the next few months The Big Flea Project will be attending events across the country to give tips on how to keep animals and homes protected by fleas, and we hope the country will join us to get behind such a worthwhile cause.”

A spokesperson from MSD said: “The study shows just how devastating a flea infestation can be, both in the home and for your pet, and reveals just how common flea outbreaks are. Not only do flea infestations cause great discomfort to animals, but they can also have a detrimental impact on a human’s health too.

“Over the coming weeks, the Big Flea project aims to raise awareness of fleas, an issue that affects the homes, pets and lives of of many Brits. We believe that through better understanding, pet owners can manage fleas more effectively.

will help to support and prevent British pet owners from fleas affecting their homes, pets and lives, an issue which is all too prevalent and unknown about here in the UK.”