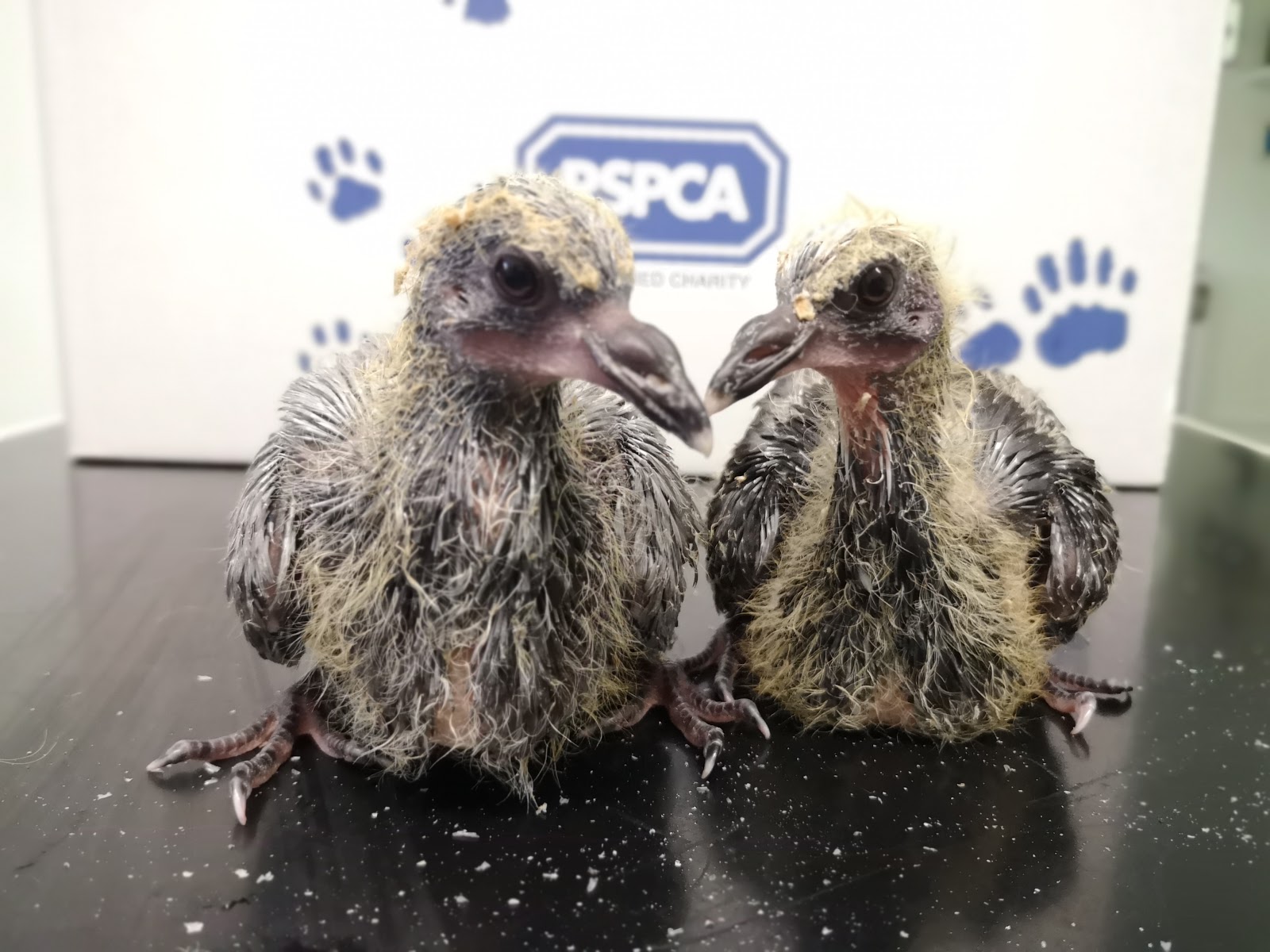 Two pigeon chicks found in a hidden nest on HMS Queen Elizabeth have been rescued and safely transported by the Royal Navy to the RSPCA’s West Hatch Wildlife Centre in Taunton, Somerset.

The chicks – or squabs – were discovered shortly after the warship sailed from Portsmouth this week, bound for the USA. The fluffy pair, estimated to be around 10 days old, were found huddled together by a sailor who heard tweeting coming from a remote ledge high up on one of the ship’s boat decks.

The chicks, christened ‘F-35’ and ‘Lightning’, were recovered by a helicopter that was returning to RNAS Yeovilton and then taken to RSPCA West Hatch Wildlife Centre in Taunton, Somerset. When word reached the aircraft carrier that the squabs had arrived there safely, a message was broadcast over the ship’s system and a great cheer went up in the dining facility of HMS Queen Elizabeth.

Bel Deering, Manager of RSPCA’s West Hatch Wildlife Centre in Taunton, Somerset said: “This little pair of baby pigeons are the first in my memory to be rescued from a Royal Navy warship.

“While RSPCA West Hatch cared for more than 4,500 wild animals last year, from seals and gulls to otters and more than 300 pigeons, these two definitely win the prize for the most adventurous back story!

“Our plan is to settle them into their new temporary home after giving them a thorough examination to pick up any problems which may need treating. We’ll then care for them until they have built up their strength and are fit enough to be returned to the wild.

“Our thanks go to the Royal Navy who went out of their way to rescue these two vulnerable stowaway youngsters.”