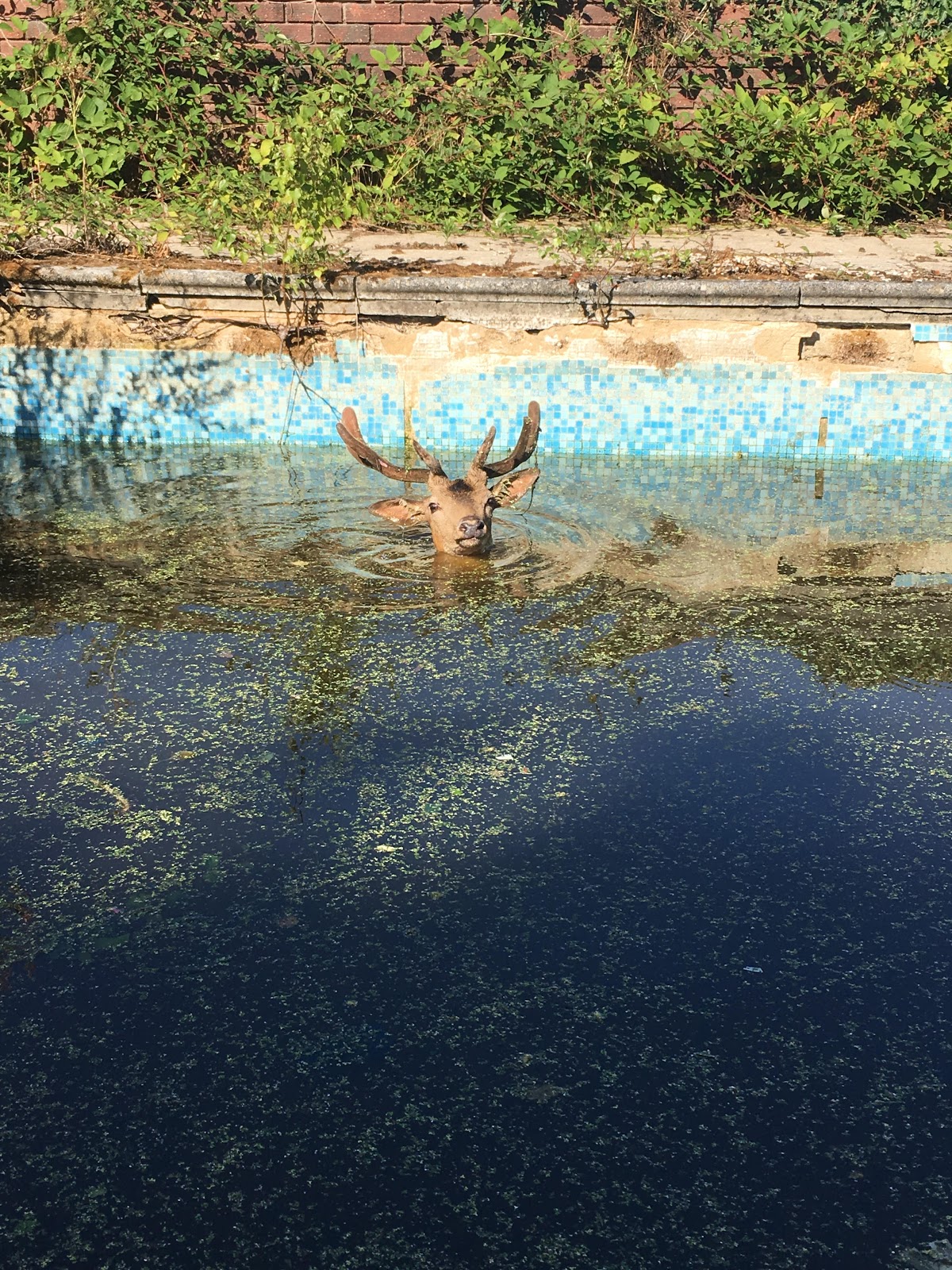 Two RSPCA officers saved the life of a stricken deer who’d fallen into a swimming pool in Hampshire during the heatwave.

An Ibsley resident called the animal welfare charity on Friday morning (3 August) after spotting the stag splashing around in the disused pool.

RSPCA Inspector Patrick Bailey rushed to the scene. He said: “The homeowner stumbled across the deer when he went out to mow the lawn that morning!

“He told us they had a herd of approximately 40 deer that visited their garden each evening so the stag may have been in the pool all night. He wasn’t visible from the house so it was unclear how long he’d been in the water.

“The pool hadn’t been used for years and was full of old rain water. Thankfully, the heatwave had caused some of the water to evaporate so the pool wasn’t too deep which meant the large, fallow stag could touch the bottom and keep his head above water.”

Inspector Bailey called in his colleague animal collection officer Karen Gregor for help and the duo used their grasper poles to attach to the stag’s antlers and pull him to the side of the pool.

“We grabbed an antler each and hauled him out,” Inspector Bailey added. “He was very heavy and it was tricky to lift him up and out in order to clear the edge of the pool and avoid injuring him.

“Luckily, the deer pushed off of the floor in an effort to jump giving us enough momentum to pull him up and out.”

The lucky stag wasn’t injured and, despite being rather tired, was able to be released into the garden immediately.

“He was a little wobbly at first but soon found his feet and wandered off into the surrounding countryside,” Inspector Bailey added.

“It was such a lovely result and I’m so pleased we were able to save him. It could have easily had a much more tragic ending.

“We were finished with the rescue by 10am and it was already a sweltering 28C.

“If the water had been a little fresher I’d have been tempted to take a dip myself!”

The RSPCA would always advise members of the public not to put themselves at risk to help an animal and only to try to rescue an animal in distress if they can do so safely.