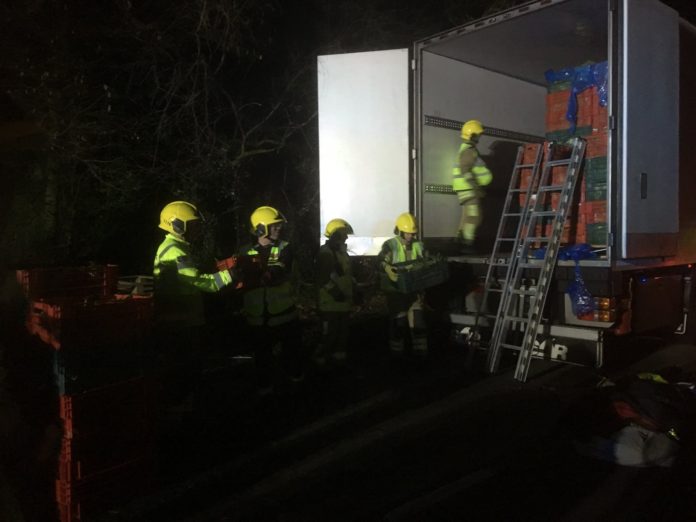 Fire crews from around Hampshire including Basingstoke, Whitchurch and Overton were called to a scene on Newbury Road in Whitchurch at around 3 am this morning (Tuesday) to assist police over reports of hazardous material being amongst lettuces in the HGV.

Emergency services were required to search thousands of lettuces following the call.

Police have later confirmed that a total of six people have been arrested in connection with immigration offences are currently detained and have been handed over to the UK Border Force.

Fire crews had spent over an hour conducting the amusing search.

Sitting comfortably? Then #lettuce begin….. fire call in the early hours with Overton & @Basingstoke_01 which required us to empty boxes of 1000’s of lettuces for a search of an LGV. Just the tip of the #iceberg in the variety of calls we deal with at #teamhants pic.twitter.com/x1HIdTB0WC