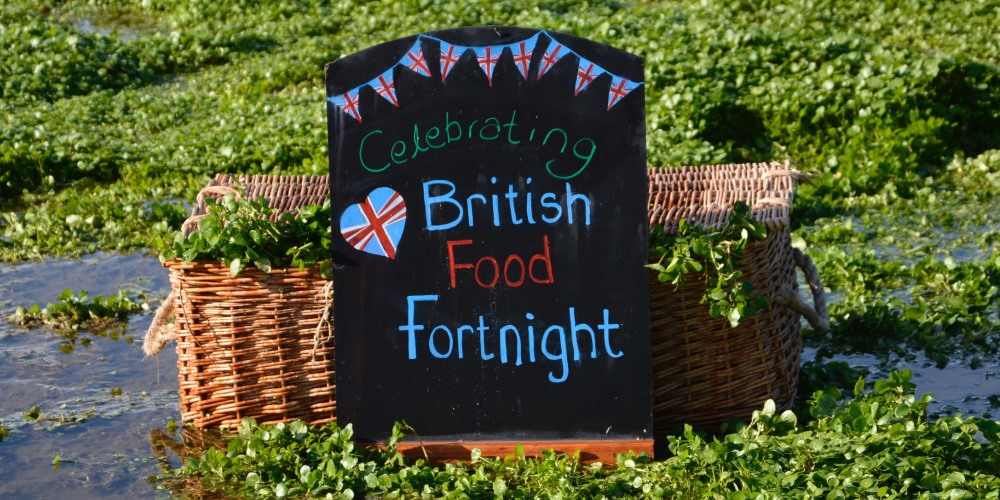 British Food Fortnight has begun, and Hampshire County Council’s caterers, HC3S, are testing children’s taste buds and showing them the kinds of food produced in Hampshire. The fortnight’s activities began on Friday 21 September, with a school visit to a fish farm.

Executive Member for Education and Skills, Human Resources and Performance, Councillor Stephen Reid, said: “We’re very proud of our school meals at Hampshire County Council. HC3S, our catering business, works extremely hard to source local, sustainable healthy food. During British Food Fortnight, HC3S is going beyond the school meal, to show children the kinds of food being produced right here in Hampshire, and encourage them to try new things. This is a valuable hands-on experience, that we hope will inspire children to eat well and enjoy local produce.”

The 12 young members of the school council at Springwood Junior School in Waterlooville visited Chalk Stream Farm, a trout farm in Romsey, where they toured the different streams and tanks, saw fish being fed and learned about the different stages of fish development.  They were also able to see fish up close and even touch them, before returning them to the water.

Springwood pupil Jack, aged 10, said: “It was really interesting. I especially liked seeing the different sizes of fish. I have never been anywhere like this before.”

Billie, aged 8, also enjoyed the tour. She said: “I have eaten fish at home and didn’t like it. But I might try it again now.”

On 25 September, year five pupils at Bartley Junior School in Bartley, New Forest got a taste of local flavours, when HC3S and Hampshire Fare brought local suppliers to visit their school for talks and tastings. They met a cheese producer and organic vegetable farmer, a ‘Real Bread’ baker, a jam maker and more.

Year 5 Teacher at Bartley C of E Junior School, Rob Walter, said: “Their event was fun and fascinating, with local producers wowing the children with their lovely products and their descriptions of how they were produced and brought to market. The children had a great time, enjoying some delicious treats and they learned a lot.”