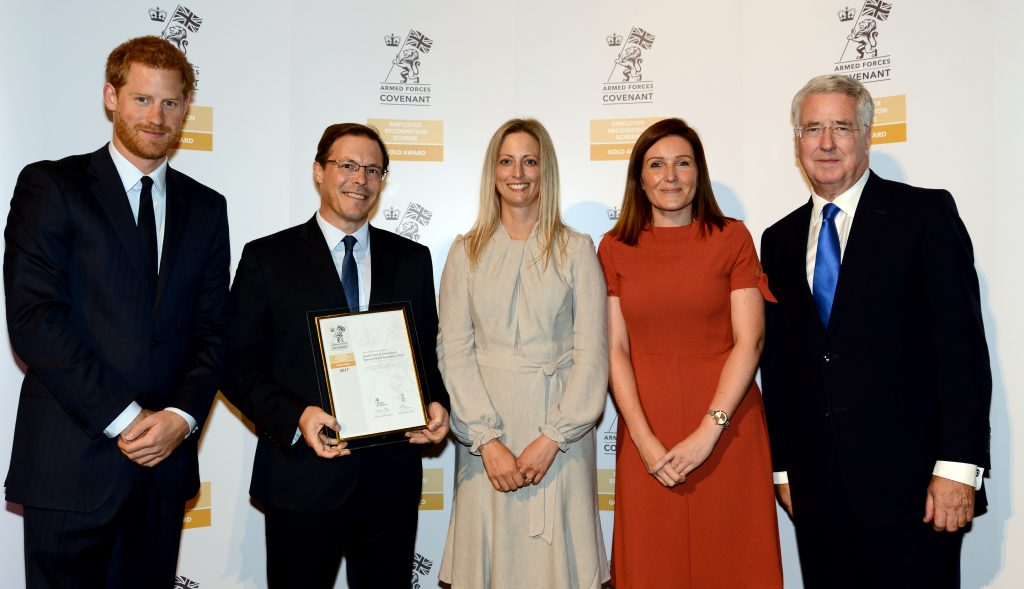 At a special event held at the Imperial War Museum, London, on Monday 9 October, SCAS was one of 33 employers to be presented with the 2017 Gold Award. The award is the highest accolade the Ministry of Defence can bestow on employers who have demonstrated outstanding support for the Armed Forces community.

“It was an honour to be presented with this award by Prince Harry and Sir Michael Fallon and Victoria, Laura and myself were delighted to be able to tell His Royal Highness and the Defence Secretary about the fantastic support that our people and organisation give to veterans looking for a fulfilling second career and those members of our staff still serving as reservists in our Armed Forces.”

SCAS is one of only two ambulance trusts in England to have received the prestigious Gold Award. The Trust previously held the Silver Award.

“This year’s Gold Award winners should be extremely proud of the work they are doing to live up to the Armed Forces Covenant pledge and to promote the pledge to others.

“I’m delighted to recognise employers who make it crystal clear that regardless of size, location or sector, employing people with military skills is good for business. I hope others following their example, thereby delivering a better deal for veterans and armed forces families.”