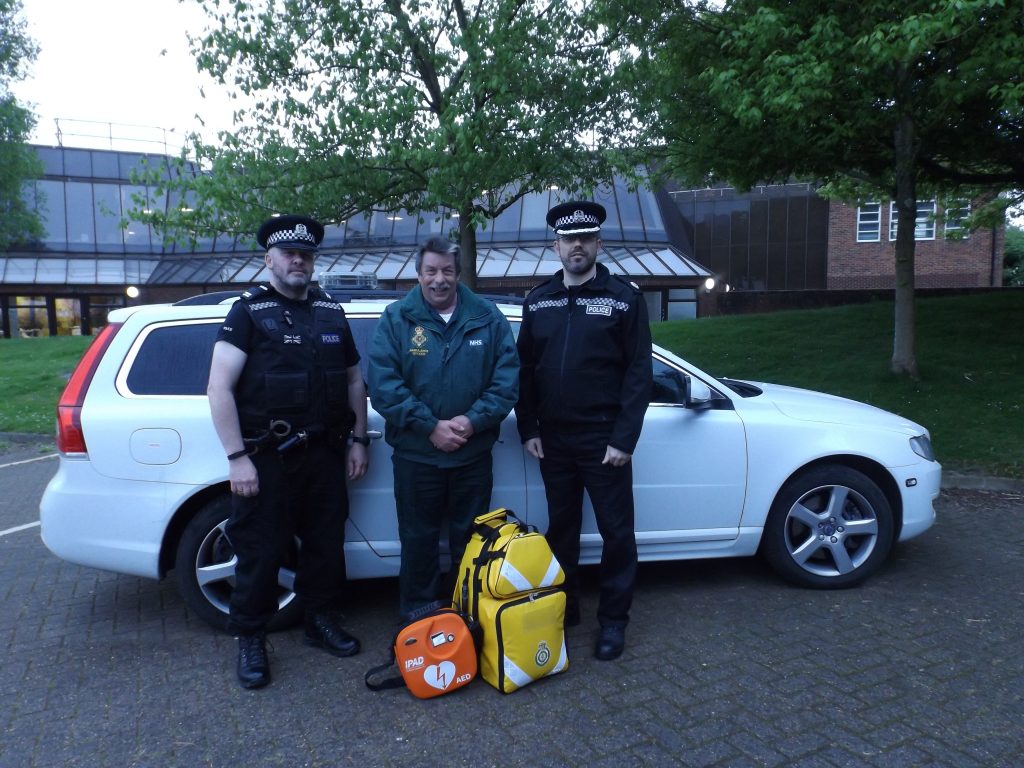 Believed to be the first such partnership in the country, a six month trial has commenced today that will see special constables trained by SCAS being sent to medical emergencies to carry out initial lifesaving treatment for some patients whilst an ambulance response is en route.

The type of medical emergencies the special constables could be sent to include patients in cardiac arrest where every second saved before treatment commences makes a real difference to the patient surviving.

Richard Tracey, Community Responder Manager for South Central Ambulance Service said: “Due to the nature of their work, the special constables in Hampshire are often roaming across the more rural parts of the county. If we get a 999 emergency call saying someone is in cardiac arrest in such areas, they could be the closest medically trained person to the incident by a good few minutes.”

If someone is in cardiac arrest, for every minute that passes without CPR (chest compressions) or defibrillation, their chances of survival decrease by 10%. The training provided by SCAS enables the special constables to carry out basic lifesaving skills, including the use of oxygen and a defibrillator, which can be used to provide a shock to patients in cardiac arrest.

Hampshire Special Constabulary Deputy Chief Officer, Russell Morrison, said: “The partnership has enabled the six special constables to develop and enhance their emergency first aid capabilities. It is something they are extremely passionate about; being able to offer an additional, potential lifesaving service to the communities and people they help keep safe.”

The special constables will respond for SCAS to medical emergencies in their patrol vehicles under normal road conditions. This is similar to the service provided by SCAS’ community first responders across the South Central region.