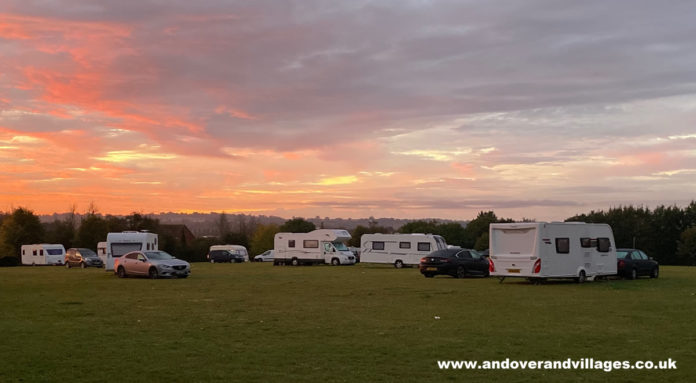 Residents of Saxon Fields were dismayed to see the travellers return to their open space on Sunday 29th September 2019.

Ten caravans rolled up and parked on the green area opposite the estate shop.

Over the last few months, Andover has been subjected to several groups of travellers setting up camp across the town, focussing mainly on Saxon Fields, Picket Twenty and Augusta Park.

Test Valley Borough Council and Hampshire County Council have both spent considerable sums of money in trying to keep Andover open space areas protected from invasion by installing bollards and soil ‘bunding’, however, this seems only to force the travellers on to new sites.

Leader of TVBC, Cllr Phil North has vowed to stop the travellers setting up in the Andover area and plans to apply for a blanket injunction that would mean that as soon as they camp down, they can be moved on by police.