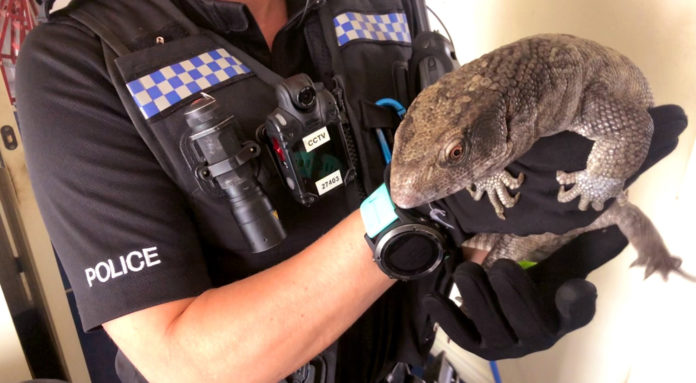 Andover Police had an expected surprised when issuing a search warrant today, Thursday, 18th July, after finding a Savmon lizard under a sofa following when searching an address in Andover.

The RSPCA told Andover and Villages, “We were called to an address in Picket Twenty, Andover following reports of a lizard, unknown of the breed at the time, that was under a sofa. The lizard is now being looked after appropriately”

Andover Police arrested two suspected drug dealers of Class A and B drugs, along with drugs seized at the address in Picket twenty.

Both men remain in custody.

Warren Wilson - Monday, March 25, 2019
A lorry carrying a tanker was taken from a man while stationary outside a village in Hampshire on Friday evening. The incident occurred in Southley...