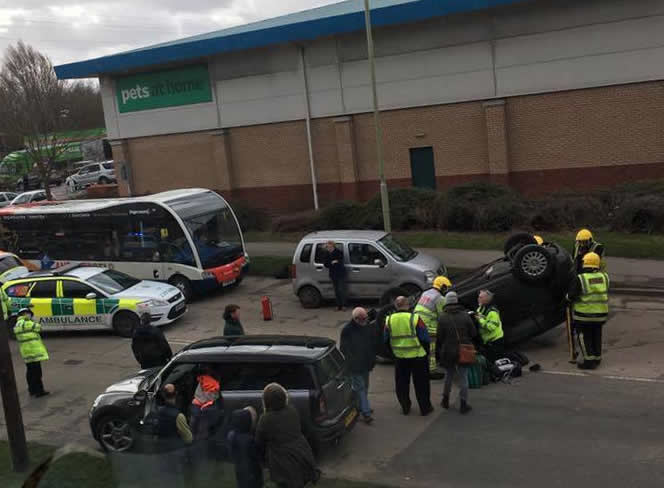 A car has overturned at Enham Arch this lunchtime (Thursday 23rd February 2017).

A witness said, “It was mental as it was right behind me, I looked as I heard the bang and the car was tipping as I looked!

“Scary stuff not sure if they tried to overtake or what happened, it was so quick.”

No traffic is able to get through under the bridge, traffic is currently being diverted through the retail park.

Another witness told Andover & Villages, “It’s pretty bad because they haven’t properly closed the road so there are just police cars blocking it and no one diverting.

“Lorries and cars are just stacking up and having to do u-turns.”

Emergency services are on the scene.

Drivers are advised to avoid the area.