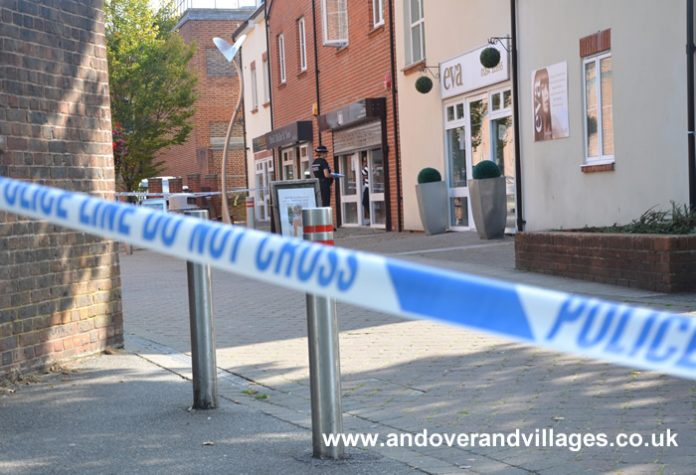 David Mellor Jewellers in Waterloo Court, has once again been targeted by thieves.

A moped carrying two men pulled up outside the shop at approximately 11am this morning. Mr Mellor blocked their entry. The men, who were armed with a knife and a mallet then attempted to smash their way in, targeting the luxury watch window.

When the men failed to gain entry, they left on the moped, speeding into oncoming traffic.

One eyewitness told Andover & Villages: “I was turned away from the area, it’s taped off and there is glass everywhere”.

It is now understood that nothing was taken on this occasion and no one was hurt during the incident.

The jewellers have been robbed three times before and this is the second time the Andover branch has been targeted. In September 2014 they were the victims of a violent robbery when two men arrived by motorbike and proceeded to smash cabinets to take jewellery.

If you saw anything, or have any information contact Andover Police on 101.