Andover and VillagesAndover news, information and lifestyle
Home Travel Recreating the Fun of Andover’s Top Sights & Attractions With Your Smartphone 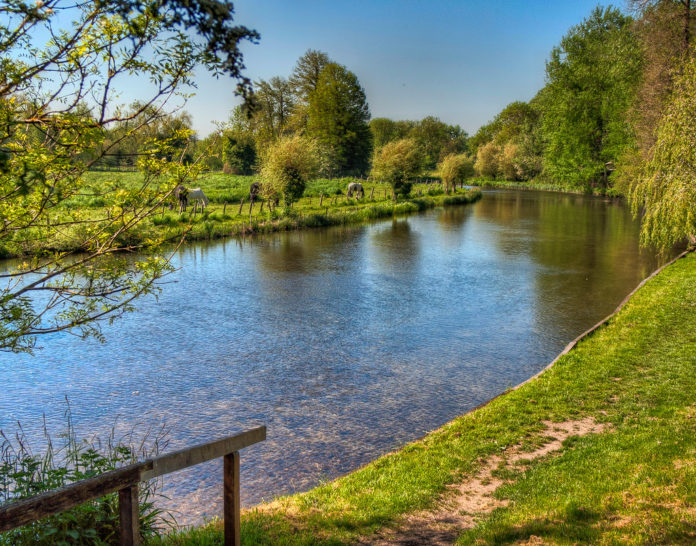 With the summer ahead of us, thoughts will be turning to those long, sunny days when we can leave the winter coats at home and enjoy the great outdoors.

With the North Wessex Downs a stone’s throw away and Rooksbury Mill, Finkley Down Farm and the picturesque River Anton on our doorstep, there’ll be plenty to excite the senses when the temperatures rise.

But we’re not quite there yet. So why not recreate the enjoyment found at some of Andover’s top sights and attractions at home via your smartphone?

If you’re in the mood for the satisfying countryside serenity of the Anton Lakes Nature Reserve try the Giving Nature a Home app for iOS and Android. It encourages you to get out into your own garden with advice about building your own natural wildlife havens. It also has a bird-specifier to help you identify those visiting your garden.

Give the budding farmer in you the chance to tend to livestock and grow crops in Zynga’s addictive Farmville online game. Playable via Facebook, this series boasts lots of different inner games with Country Escape being our tip for a few hours of fun.

Here you have to grow crops to build your farm’s stature, even developing the ability to bake your own pies from apples you’ve cultivated. More fun can be had from in-game trading which lets you show off your farm’s prowess to fellow players.

“The Inheritance” escape room on Church Street may have closed a couple of years ago but you can recreate the compelling excitement thanks to an assortment of free mobile games like Cabin Escape: Alice’s Story, which recalls the former Andover escape room’s story of familial mystery.

You could go for a swim with Swimming Pool Race, swap Riverside Bowl for iOS and Android app Strike!, and get your fix of Coombs Clay Shooting with the free-to-play online slots Dead or Alive, NetEnt’s 5-reel, 3-row “wild west” themed slot taking its cues from the classic TV show of the same name starring Steve McQueen.

Experience the North Wessex Downs thanks to its official YouTube channel. The specially curated channel devoted to a region officially designated an Area of Outstanding Natural Beauty includes a fascinating introduction to its distinctive landscape.

The channel also features an intriguing birds-eye journey from Avebury to Basildon Park along The Icknield Way. The 2-minute film boasts stunning photography in its celebration of this beautiful part of southern England.

The cold weather might have put you off wandering around one of the UK’s best museums devoted to British military aviation but that doesn’t mean you can’t get the buzz of being a pilot from your smartphone.

There are a surprising number of great flying simulators available for iOS and Android devices including Flight Pilot Simulator 3D. Featuring immersive graphics, the game lets you pilot a huge variety of aircraft.

If you’re looking for fun in Andover without leaving home, we hope our assortment of ideas will help keep you entertained at least until the warm summer’s days arrive.