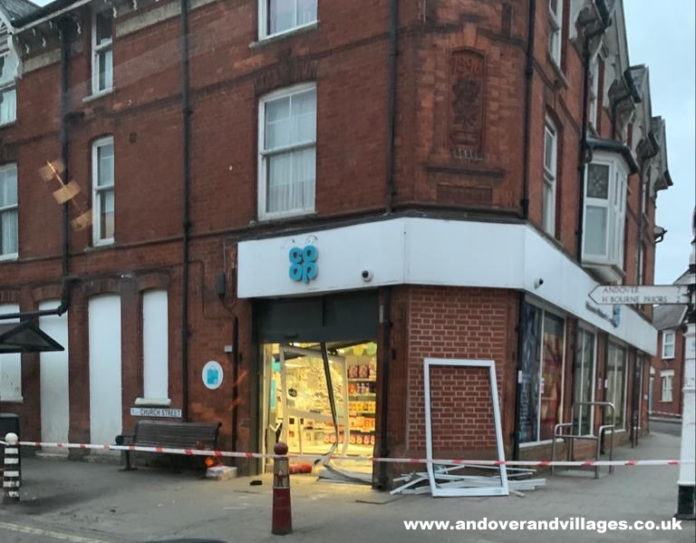 The Co-op store located on Church Street in Whitchurch, Hampshire was ramraided in the early hours of the morning (30th March 2020).

Shocked locals report that a large white van smashed into the front doors of the centrally located store, and then unsuccessfully attempted to drag out the cashpoint that is situated just inside of the entrance.

Police were called and attended the scene.

Security remains on the scene whilst work is done to make the shop secure.

The Co-op is valiantly still open for their loyal local customers!

Hampshire Police and Co-op have been contacted for comment.