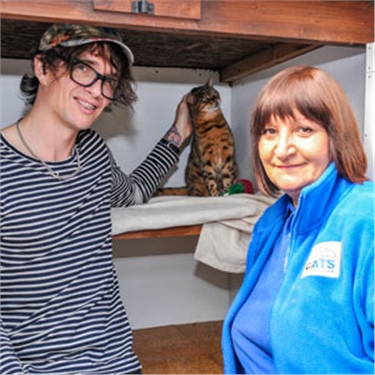 A quarter of owners surveyed by Admiral Pet Insurance have admitted considering re-homing their pet as shocking figures from the RSPCA show a 50% rise in the number of animals dumped during summer.

Pet owners going on holiday and not wanting to pay for animal care while they are away is one of the reasons the charity fears is behind the steep increase in abandonment cases.

More than a third of cat and dog owners (37%) asked by Admiral said they struggle to arrange care for their pet when they went away on holiday.

And 1 in 10 said they regretted getting their pet because it prevented them from going on weekend breaks and holidays.

3 out of 5 owners (61%) admitted that they sometimes regret getting their pet but two thirds (66%) of dog owners felt this way.

Almost half those questioned (40%) admitted that the expense of vet’s bills, holiday care and general costs of keeping a pet was a major challenge.

And nearly a quarter (24%) of pet owners confessed that they have considered re-homing their pet. This rose to almost a third of dog owners (31%).

Men were four times as likely as women to admit feeling this way.

Admiral’s research revealed that the average cost of pet holiday care for a dog was £175 and £80 for a cat.

She said, “Bosco was bred to be a working dog for hunting small animals then sold on when he was only two years old, but he ran away from his new owner in the first couple of days. The cost of retrieving him was more than what the new owner had paid for him, so he just left him at the shelter. It was very unlucky for Bosco at the time but lucky for us because he was exactly what we wanted. Now he has a completely different life to the one he started off with.”

Sian Humphreys, Head of Pet Insurance at Admiral, said, “Our customer statistics show that dogs are still the most popular pet, but they do tend to take a lot more time, effort and money than cats do. We’d urge anyone thinking of getting one to consider all the options and implications before making such a big commitment so they don’t regret it later on. Make sure you get your pet for the right reasons, whether that’s companionship, because they need a loving home, or because of the mental and physical health benefits of owning a pet. Just don’t rush the decision and make sure that their needs, and yours, are covered.”