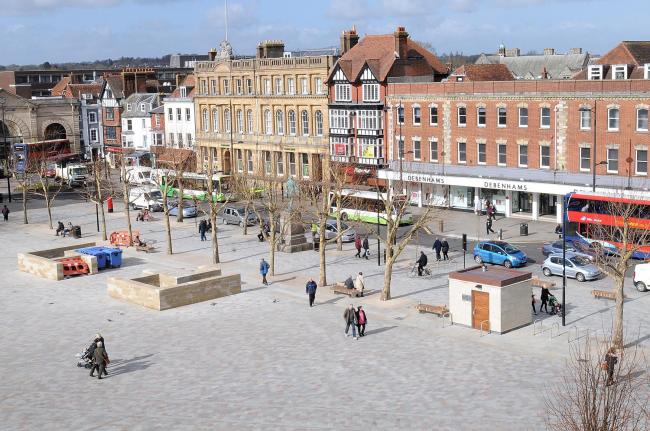 Detectives in Salisbury are urging the public to be vigilant following three similar indecent assault incidents in the city.

On 13 June 2017, at approximately 2.45pm a 24-year-old woman was walking through the underpass down from James Hay towards Waitrose in Salisbury when she was indecently assaulted by a man. The woman was carrying shopping at the time, and the incident caused her to fall to the ground. She screamed at the man and he ran off towards St Pauls roundabout.

The man is described as white, aged in his early 20s, approximately 6 ft tall and of skinny build. He had short dark hair and was wearing grey coloured shorts and a white t-shirt. He was carrying a cross-body bag.

Yesterday, (12 June), a man exposed himself to a 45-year-old woman near to St Mark’s roundabout.

The man was described as aged in his late teens to early 20s, white, of medium build. He had short dark hair and was wearing a grey or beige zip up fleece and black trousers.

And between 6.35pm and 6.45pm on 11 June 2017, a woman aged in her 40s was on the cycle track between Stratford Sub Castle and the leisure centre when she noticed a man walking up and down. He asked her for directions and walked off. He then came back and attempted to pull on the woman’s trousers.

The woman, who was carrying a walking stick, hit the man several times until he walked away towards the leisure centre. When he was some distance away, he exposed himself.

The man was described as white, approximately 20 years old, of slim to medium build and approximately 6 ft tall. He was clean shaven with short dark hair and spoke with a local accent. He was wearing dark tracksuit bottoms and a long sleeve dark-coloured top.

Detective Sergeant Nick Bailey of South CID said: “We would like to reassure residents in Salisbury that we are carrying out a really thorough investigation into these three incidents and we are keeping an open mind as to whether they are linked, however, the descriptions we have been given by the three victims are similar.

“We don’t want people to feel worried about walking out and about alone, however we do want people to be mindful of their personal safety and alert to their surroundings.

“The latest incident happened in broad daylight in the middle of the afternoon and we would like to hear from anyone who may have been in the area at this time who could have seen this man before or after the incident, and likewise anyone with information on the other two separate incidents. Any information you have could be crucial to our investigation.”