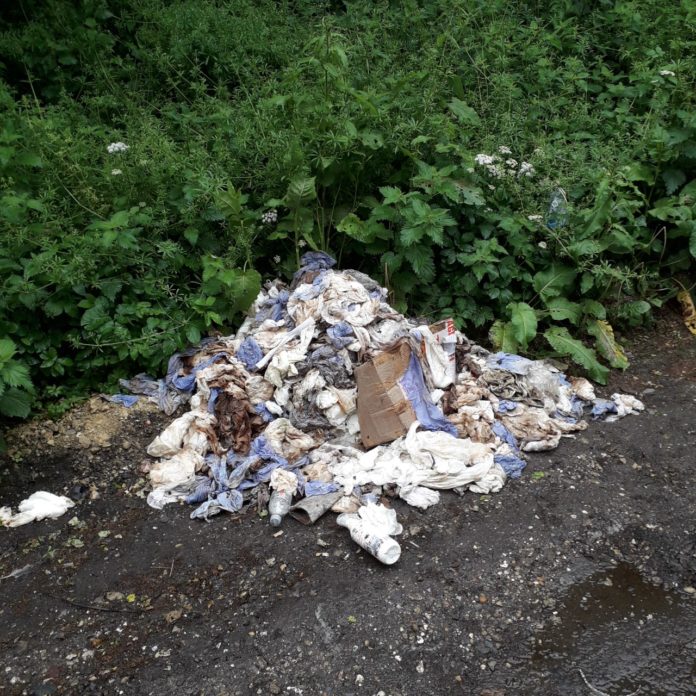 A man has been prosecuted after harmful chemicals and other cleaning supplies were left dumped on a layby on the A343 last summer.

Commercial waste from a mobile cleaning business, including oven-cleaning chemicals and used tissues, were left in a layby near Bourne Park along the A343 at the end of May 2018.

Adrian Vicker-Craddock pleaded guilty at Basingstoke Magistrates’ Court earlier this month to both knowingly causing or permitting the unlawful disposal of commercial waste and also to disposing of the waste in a manner likely to cause pollution to the environment or harm to human health. He was sentenced to a 12-month community order, 100 hours of unpaid work and ordered to pay the council’s full clean up and legal costs of £1,882.50. He was also made to pay an £85 victim surcharge.

Environmental portfolio holder, councillor Graham Stallard, said: “This is a main road and hundreds of cars will no doubt have driven past and seen this awful rubbish that had been thoughtlessly left. We are committed to stamping down on this selfish and irresponsible crime and we will investigate every report that we receive.

“I hope this acts as a deterrent for anyone thinking of leaving waste of any kind illegally in our borough. If there is sufficient evidence, then we will see you in court. There is no excuse.”