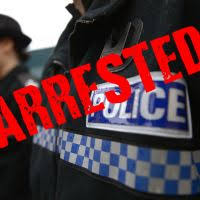 Four people arrested in connection with the murder of a man in Andover have been released by police and will have no further action taken against them.

The two women, aged 32 and 47, and two men aged 37 and 46, all from Andover, were arrested as part of the ongoing investigation.

Officers were called just before 1am on Friday, 13 April after a man had been found injured in an alleyway off of Smannell Road.

The 28-year-old, from London, was taken to Southampton General Hospital by ambulance but was pronounced dead on arrival.

His next of kin have been informed and are being supported by specialist officers.

A post-mortem examination has confirmed that the victim died as a result of being stabbed.

Detective Chief Inspector Ben Chivers said: “We have already spoken to a number of people and have started to piece together a picture of what took place during the early hours of Friday morning. We are considering a number of lines of enquiry including the possibility that the incident is related to drugs.

“Police activity in the area will be ongoing throughout the weekend while our investigation continues.

“We would urge you to get in touch if you were in the area, saw what happened or have any knowledge or information connected to the incident.

If you have any information relating to this case, please call 101 quoting reference ‘44180135063’, or contact Crimestoppers anonymously.

Warren Wilson - Thursday, December 27, 2018
Andover is waking up to news of a huge explosion on King Arthurs Way in the early hours of this morning (Thursday 27th December...