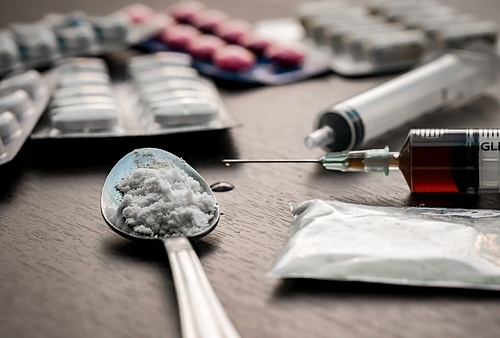 Drugs with a street value of £85,000 have been seized during the first year of an operation targeting Class A supply in Andover.

In May 2018, Andover’s Neighbourhood Policing Team started a new proactive investigation to dismantle and disrupt the supply of Class A drugs into Andover, as a response to concerns raised by the community.

The operation targeted drug networks, mainly from London, which often use and exploit young people and vulnerable adults to commit crime.

Officers have also focused on local homes that have been taken over by networks to deal drugs.

Residents at these cuckooed addresses are often vulnerable and we have worked with local partners to support them where appropriate.

In April, officers used a Partial Closure Order at a home in Suffolk Road, Andover.

The order, obtained at court using powers under the Anti-Social Behaviour, Crime and Policing Act 2014, prevents anyone, apart from the residents, from being at the address.

Two people have already been arrested for breaching the order since it was imposed.

The operation has been run as part of Fortress, Hampshire Constabulary’s campaign to reduce the harm caused by drugs supply, and supports those found to be exploited and on the periphery of crime by offering diversionary tactics through joint working with partner agencies.

Inspector Chris Taylor said: “Rather than run this operation for a few weeks, we have maintained it throughout the year to disrupt those who come to Andover to deal these harmful substances.

“These results would not be possible without the amazing support and information from the Andover community.

“We know how devastating these drugs and its associated violence can be, and we would like to thank everyone who has supported us by providing information.

“I’d also like to thank our hard-working and brave officers, who time and again have acted on information and intelligence on Class A drugs supply.

“We are not complacent though, so our operation will continue, and we would like people to keep supporting us with information by dialling 101.

“Alternatively, people can call the Crimestoppers charity anonymously by dialling 0800 555 111.”

We would like to hear from anyone who has any information or concerns about drug-related activity where they live.

Some of the things to look out for are: