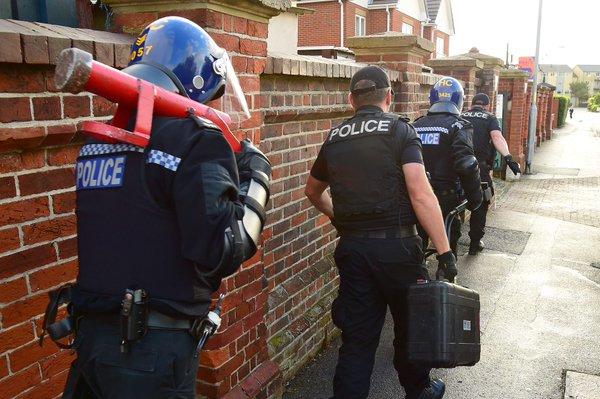 A drugs raid as part of Hampshire Police’s Operation CALIMA has resulted in four arrests this month.

Andover Police gained a warrant for a property in Mylen Road on suspicion of Drug Related Violence and the Possession of Class A Drugs.

During the raid, police seized a sword, a knife and a quantity of Class A drugs.

Three females and one male were arrested and have since been released on bail.

CALIMA is an ongoing operation in the Andover area, police advise that anyone dealing with drugs or housing anyone that does, is committing an offence.