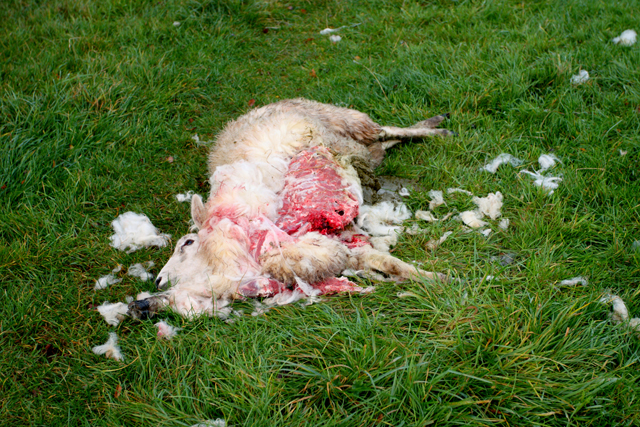 Hampshire Police are reminding dog owners to keep their animals on leads when walking near livestock, after three sheep were killed in north Hampshire.

The incident took place sometime after 2.30pm on Saturday, February 11 at a farm in Kingsclere.

Two large, unaccompanied dogs entered the farm and were seen on CCTV to attempt to get into a pen containing chickens. No access was gained and no chickens were harmed.

Later, three sheep were found dead on the farm.

Two of the sheep received extensive injuries consistent with those of a dog attack. It is believed the third sheep died of shock.

The dogs are described as hounds, with one beige/tan in colour and the other one white.

PC Vincent Lane, of Hampshire Constabulary’s Country Watch team, said: “The injuries sustained are among the worst I have seen and I am concerned that the dogs’ owners do not appear to have been present throughout the incident.

“It is an offence contrary to the Dogs (Protection of Livestock) Act 1953 to allow a dog to worry livestock whilst on agricultural land.

“Ultimately there are no winners in such instances.

“The livestock typically sustain serious injuries or, as in this case, die in attacks by dogs.

“The farmer has unnecessary veterinary expenses or, in cases such as this, can lose valuable livestock.

“Typically, the dog owner will witness an often traumatic event and may even be injured in trying to intervene.

“Such incidents are entirely preventable with no more than the use of a lead. I would ask that dog owners are responsible and follow best practice whilst walking in the countryside or in and around farms to prevent any further unnecessary suffering and loss.”

• Keeping your dog in sight at all times

• Ensuring that dogs are kept on a lead (of two metres of less) at all times when near livestock.