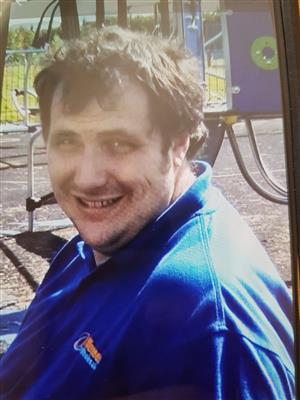 Officers are appealing for the public’s help to find a missing man from Shaftesbury.

Paul Wallis, 34, was last seen between 8.30pm and 9pm yesterday, Friday 20 January 2017, when he left an address in Church Close in Bourton, Gillingham.

He did not return to his home in Kavanaught Close in Shaftesbury overnight. It is understood he returned a car he had borrowed to an address in Chichester Close in Andover, Hampshire, in the early hours of this morning, Saturday 21 January 2017.

He sent text messages to his family at around 4.50am today and has not been seen or heard from since.

He is described as white, six feet two inches tall and with brown hair. He was wearing a blue fleece with Wessex Wholesale in red lettering on it and jeans.

Chief Inspector Stewart Dipple, of Dorset Police, said: “We know Paul was very upset this morning and we are very concerned for him.

“It is possible that Paul could have left Chichester Close in Andover on foot and searches are currently taking place in the Andover area. I would urge anyone who has seen Paul or a man matching his to please contact Dorset Police urgently.

“There is also a chance that Paul could have returned to the Dorset area and anyone with knowledge of his whereabouts should contact us.”

Anyone with information or knowledge as to Paul’s whereabouts is asked to contact Dorset Police at www.dorset.police.uk, via email 101@dorset.pnn.police.uk or by calling 101, quoting incident number 21:90.