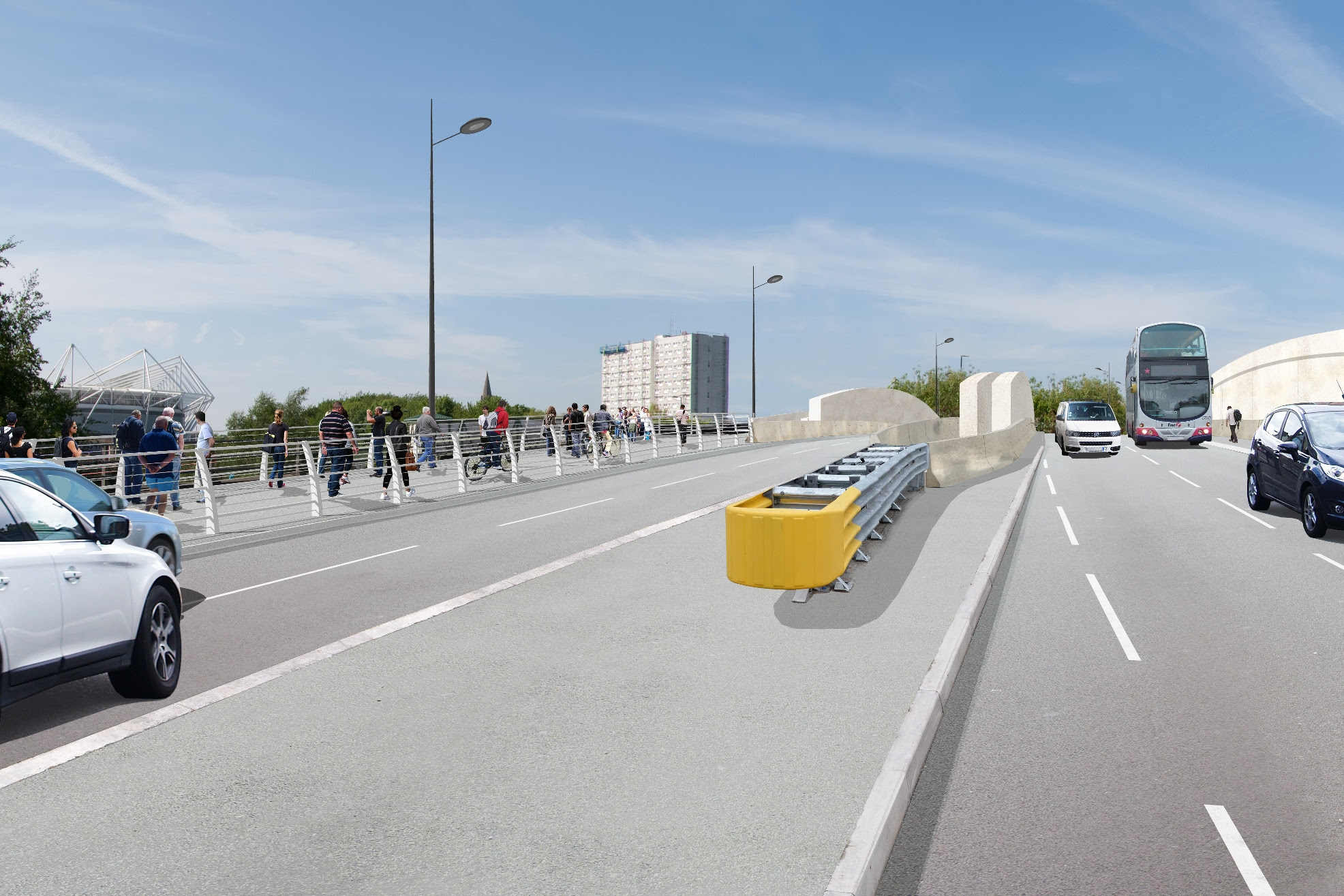 Plans for a major upgrade to junction 8 of the M27 and the A3024 corridor, which approaches Southampton city centre from the east, have been unveiled by Highways England on Tuesday 19 September.

The plans will increase capacity at junction 8 of the M27 and Windhover roundabout, as well as upgrades to 25 junctions along the A3024. Improved safety, upgrades to two railway bridges and better facilities for pedestrians and cyclists are also part of the proposals.

A consultation on the proposals runs until the end of October. Drivers, local people and people who rely on the route for business are all encouraged to get involved and have their say.

“These are an ambitious set of improvements, and are the result of Highways England and local authorities working together to develop a joined up set of improvements that will deliver real benefits to drivers and people living and working in Southampton and Hampshire.

“This proposed scheme will not only improve safety and improve congestion, but also help to boost the economy and support the potential development of homes and jobs in the local area, as well as future growth at Southampton Port. We want people to get involved and I urge anyone interested in the scheme to come along to one of our exhibitions or send us their feedback by picking up a leaflet or visiting the project website.”

“The County Council very much welcomes the proposed investment by Highways England to M27 Junction 8 and Windhover roundabout designed to improve the flow of traffic and address congestion and safety issues. This is a busy motorway junction which is in need of improvement and the project demonstrates what can be achieved by effective collaboration between the County Council, Highways England an Southampton City Council for the benefit of Hampshire residents. I would encourage people to take part in the consultation, so that local views can be heard in finalising the details of the scheme.”

“The M27 Southampton Junctions scheme will look to improve the route into the east of Southampton from the M27 via junction 8, Windhover Roundabout and the A3024 corridor, consisting of Northam Road, Bitterne Road West and Bursledon Road, through to the Six Dials junction in the city centre.

“This is a great opportunity to improve the wider transport infrastructure on the main routes in and out of Southampton for residents, commuters and visitors. The scheme will aim to reduce congestion, improve journey times and traffic flow, improve road safety, maximise opportunities for sustainable travel and support long-term sustainable economic growth.

“This has the potential to be hugely beneficial for the city and I would urge people to take a few minutes to have their say in the consultation before it finishes on 31 October 2017.”

M27 junction 8 and Windhover roundabout: All approaches to the junctions will be widened, with improved facilities for pedestrians and cyclists

A3024 corridor: Improvements at 25 junctions along this four and a half mile stretch, including to the cycling and walking facilities along the corridor and for crossings and junction widening at key junctions. This will also help buses run more reliably and efficiently

Northam Road rail bridge: Replacement of this single carriageway bridge that crosses the main South Western railway lines near to St Marys Stadium. The new bridge will include two lanes in each direction with improvements to pedestrian and cycle facilities

Bitterne rail bridge: This bridge, a wide single carriageway bridge on the A3024 Bitterne Road West at Bitterne train station will be upgraded to include new separated adjacent pedestrian and cycle facilities with wider footpaths.

Highways England is holding eight information exhibitions at venues across Southampton so that people can examine the proposals and put any questions directly to the project team.

Funding for the scheme comes from the Government’s £15bn Roads Investment Strategy, announced in 2014, which is providing people with better journeys, cutting congestion and improving the economy.

All responses to the consultation will be carefully considered before an announcement is made on a preferred route this winter. Subject to a successful outcome, construction could start as early as 2020 and is expected to take two years.

Details on the proposals and feedback forms will be available online from today until 11:45pm on 31 October 2017 at http://www.roads.highways.gov.uk/m27-southampton-junctions