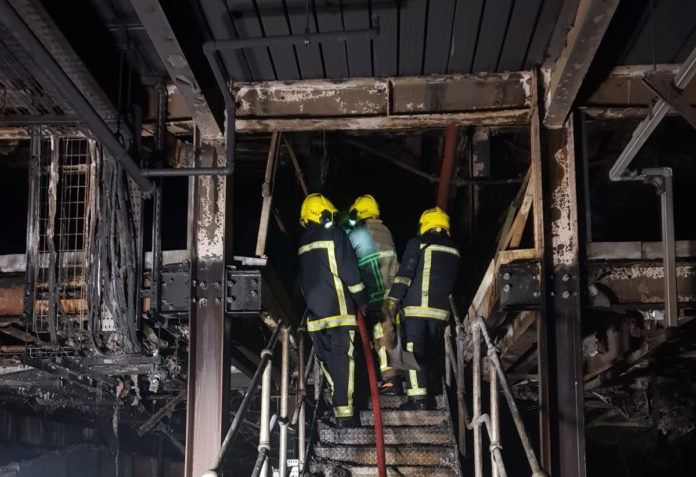 Andover has witnessed the worse this week following a shocking fire that took place in the Walworth Business Park.

Fareham Fire Station had released the following images of inside the Ocado’s industrial warehouse.

We can’t thank the emergency services and partners for their dedicated work on the scene, thankfully no one was significantly hurt.

A Hampshire Fire and Rescue spokesperson said its teams are now looking to hand over the area to Ocado as the site owner.

He added: “We’re looking at all resources leaving the scene. Our presence is nearly over.”

Andover supports local community; how to donate to victims of gas...

Gabriel Ingram - Friday, December 28, 2018
Following the tragic incident yesterday the people of Andover and Test Valley Borough Council have set out to support the victims in the terrible...