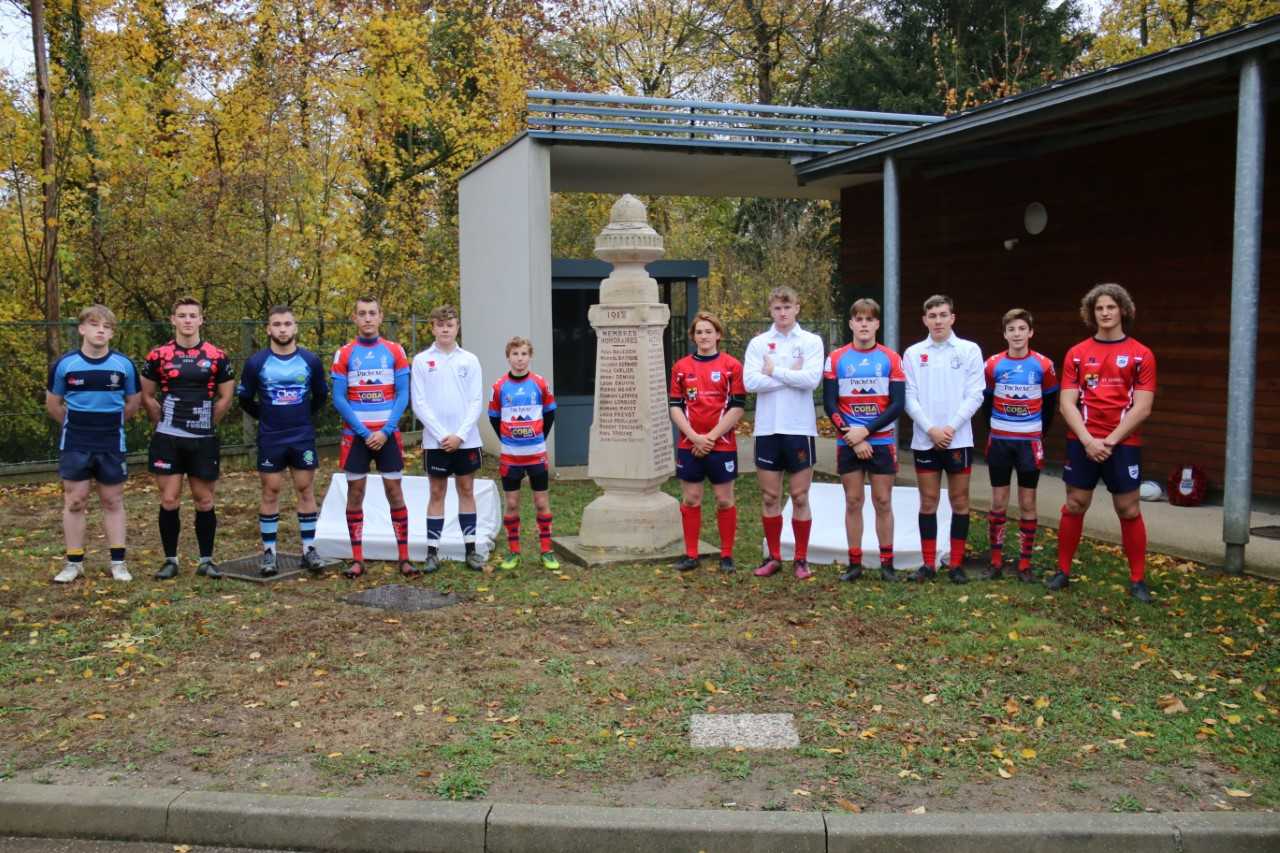 As part of Remembrance Day observances, members of the Peter Symonds Rugby team travelled to Compiègne, France, to compete in the Armistice Rugby Festival over the weekend of Remembrance Sunday. The festival commemorated the centenary of the signing of the Armistice in the town where it was signed 100 years previously.

In addition to taking part in the Rugby Festival, where they finished third, during the weekend the team took part in a memorial service where they laid a wreath in remembrance of the former Symonds students, staff and the governor who gave their lives in World War I. Captain Pete Ryall and Vice-Captain James Garland read a dedication in French and English honouring those who gave their lives for our freedoms and describing themselves as ‘humbled to be part of [this] event.’

The team also had the opportunity to visit various historical sites and memorials, including Thiepval; Lochnagar crater; the Somme battlefield, where they walked through the trenches; and the railway line where the Armistice was signed.

Pete Ryall, Team Captain said, ‘The visit to the Somme evoked some emotion, especially to see exactly where events took place, and how close the German and British trenches were. To think back then we would be there, digging, fighting, dying, makes you grateful for what we have today, and what they gave us.’