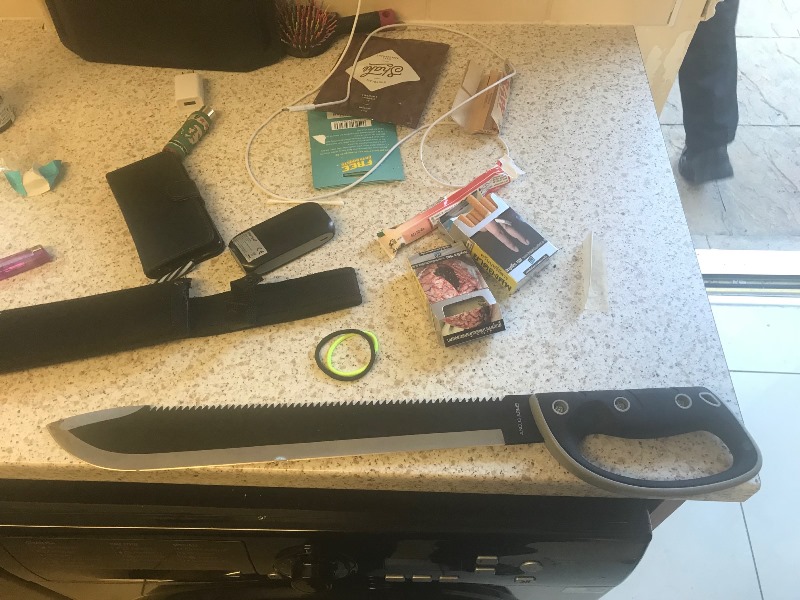 As part of Op Sceptre – the national knife crime awareness campaign, officers have been visiting the Salisbury Campus of Wiltshire College.

The team, lead by PCSO Al Aldersley-Byrne, who is the force Schools and Youth Liaison Supervisor, took a ‘knife arch’ which is similar to an airport security scanner and can be used as another tool to help prevent knife crime, to the campus and chatted to students.  Although knife crime in Wiltshire cannot be compared to that in London it is important to raise awareness and highlight the dangers of carrying a knife.

Luke Bennett, Level 2 Uniformed Public Services, 19, from Amesbury. He said: “I’ve heard lots on the news about knife crime but I wasn’t aware that it was a big thing locally so that has been interesting to learn about and also have a chance to go through the knife arch.

“I’m considering a career with the police and so it has been great to have them here today to ask lot of questions and also I think it’s really good seeing the police and being a part of the community.”

PCSO Alan Aldersley-Byrne, Schools and Youth Liaison Supervisor,said: “Yesterday (25/09) was a fantastic opportunity to engage with both tutors and students about the consequences of knife crime; regardless if an offensive weapon is used or not, carrying one out and about in public is still an offence.

“The students were at first, slightly concerned about why the ‘knife arch’ was in the Salisbury Campus courtyard, but once being informed about the work behind Op Sceptre and given the chance to walk through the arch structure, the questions came a mile a minute!

“I’d like to personally thank Wiltshire College staff at Salisbury for allowing us time to interact with the young people that attended yesterday and highlighting the national campaign to ‘Bin the Knives’ and also Salisbury CPT who came out to support the scheme.”

She said: “I think it is very important to raise awareness of the dangers of knives and so it was great to have the police here to talk to students about potential dangers and consequences.

“I’d never been through a scanner before today, although I have seen them at festivals and big events.

“Young people do carry things around with them but I think  a lot of time they don’t really understand the dangers of doing so.”

Liz McKee, Deputy Safeguarding Lead at the Salisbury campus, said: “This event to raise awareness of the Op Sceptre campaign formed part of our safety awareness education for Salisbury.

“All the students who came along enjoyed taking part and engaged really well, understanding the important message being given by Wiltshire Police.”

If you have concerns that someone you know is carrying a knife please call Wiltshire Police on 101.